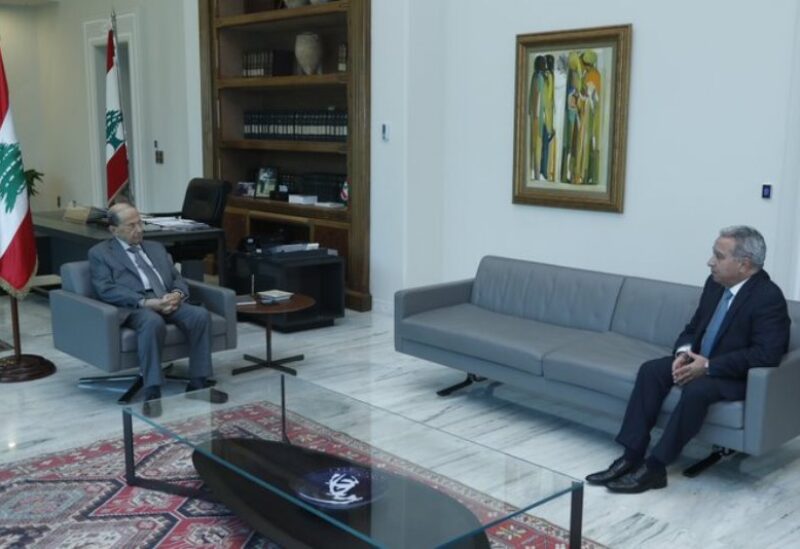 The situation of tourism, in light of positive expectations in the promising summer season were discussed, in addition to the procedures taken to facilitate traveler-affairs at the Rafic Hariri International Airport.

After the meeting, Minister Msharrafiyeh made the following statement:

“I met His Excellency the President of the Republic, and conveyed the image of the tourism situation, despite the tragedies which Lebanon is witnessing and pressures on the economic situation, including fuel and electricity scarcity.

We must stop at the glimmer of hope which this sector might add to the current situation. I briefed His Excellency on the new measures which have been taken at the airport to alleviate the overcrowding crisis caused by scanner and PCR checks. I would also like to address the Lebanese to be cautious in distancing and take the necessary preventive measures which we must not forget in light of COVID-19 mutations, so that we do not have to go back and take measures which were harsh in the past months. Thanks to God, the Health Ministry, and the medical and nursing staffs, we have reached a safe situation at the moment.

We also discussed the conference which took place in the brotherly Kingdom of Saudi Arabia, and the bilateral talks with 13 Arab Tourism Ministers, and there will be also a conference in Egypt to complete discussions, at the end of this month. The discussion also tackled the bilateral agreement with Iraq, especially regarding religious tourism and the tripartite summit which will convene next September between Cyprus, Greece and Lebanon.

The meeting was an occasion for a general discussion, and I reiterate that in the midst of difficult economic conditions, there is a glimmer of hope which we must use in the best manner. I also call on the media to exert efforts in showing the good image of Lebanon, so that we can all contribute to strengthening tourism”.

Question: Is there any activation for the tasks of the Tourism Police in controlling prices in restaurants and tourism regions?

Answer: “The Tourism Police , along with the Tourist Police in the ministry, are exerting great efforts. I would like to remind that we, as a ministry, can only make sure that the prices are stamped with the ministry’s seal and are available at the entrances of restaurants or hotels, in order to inform customers of the prices when they enter. We do not control prices, and this is due to the Consumer Protection Department in the Economy Ministry. However, we are working with the Economy Ministry on the issue of high prices to keep pace with price changes caused by the exchange rate”.

Question: Will tourism be discussed at the Lebanese-Cypriot-Greek summit?

Answer: “This conference is for the sake of tourism and its activation among the three countries. As we concluded a bilateral agreement with Iraq, we will also conclude an agreement with Cyprus and Greece. We hope that at the end of this month, our visit to Egypt will mark the beginning of an agreement to encourage this sector, since we consider tourism among Arab countries as domestic tourism, given that languages, customs and traditions are the same and are shared by all countries, which is what we encourage”.