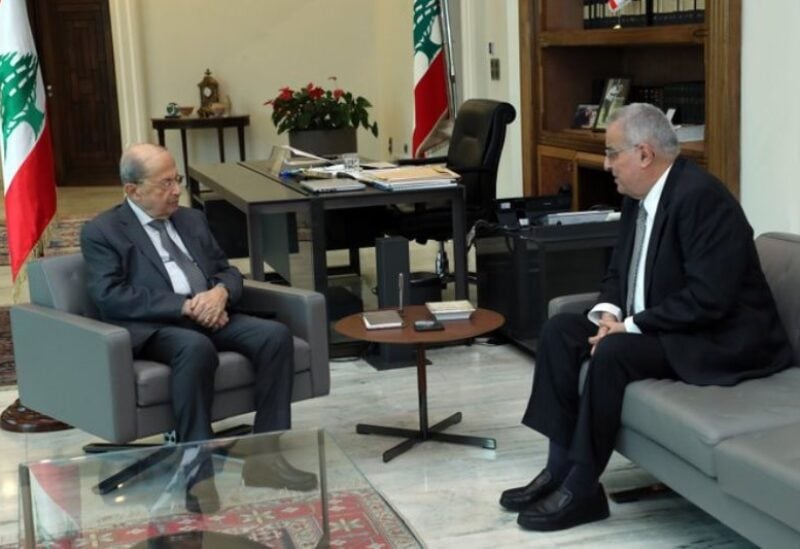 Mijister Bou Habib briefed the President on the results of the Non-Aligned Countries Summit that was held in Belgrade, and the meetings he held on the sidelines of this summit.

Minister Bou Habib also presented the points that will be discussed at the Climate Summit, which will be held in Glasgow, Scotland, on the first and second of next November.

The Lebanese delegation to this summit will be headed by Prime Minister Najib Mikati.

The President received former Minister Yaqoub Al-Sarraf, and tackled with him general affairs, especially in the Akkar region in terms of security and development, and the issue of the Abda port.

Minister Al-Sarraf conveyed President Aoun’s interest in the needs of the Akkar region and the need to expedite the implementation of the development projects scheduled.

Chairman of the State Shura Council:

The President met State Shura Council Speaker, Judge Fadi Elias, and discussed with him the council’s work and the need to expedite the completion of the files presented.