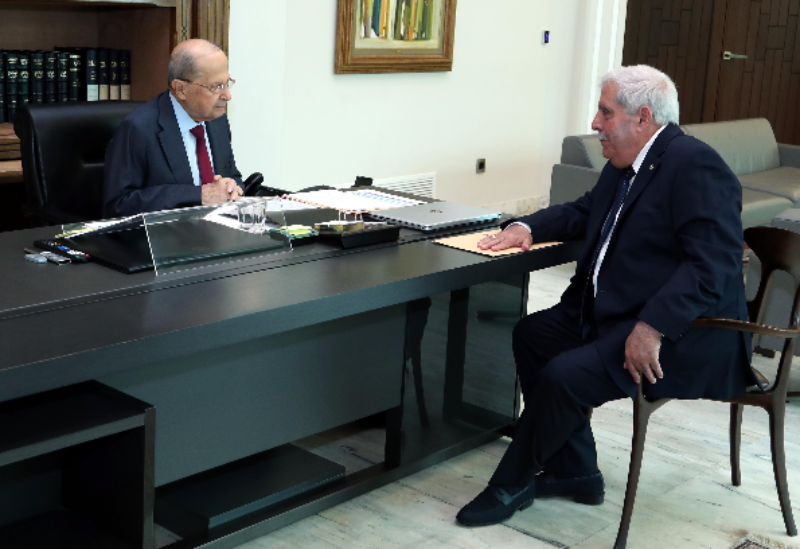 Current political affairs and development issues for the west Bekaa region were addressed in the meeting.

“This occasion constitutes joy and celebration for the friendly British people” President Aoun said emphasizing his aspiration to “Strengthen and develop relations between Lebanon and the UK in all fields, and consolidate the historical ties that unite our two friendly peoples”.