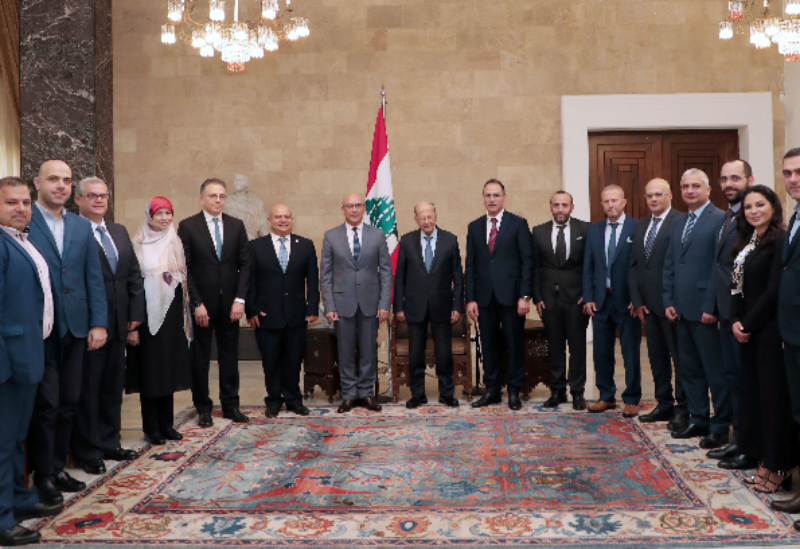 President of the Republic, General Michel Aoun, stressed that overcoming the severe economic crisis facing Lebanon requires coordination and work together between all official and private institutions of society.

“I hope after the formation of the new government that a real solution to the crises we face, including in the medical sector, will be reached” the President said.

President Aoun also praised the efforts made by the medical sector and the Lebanese Order of Physicians to strengthen the resilience of this sector and stop the human bleeding it is exposed to.

The President’s stances came while meeting a delegation from the new council of the Lebanese Order of Physicians in Beirut.

The delegation was headed by Head of Syndicate Professor Youssef Bakhash, who started the meeting with the following speech:

“We have the honor to visit you, Mr. President, to get acquainted first and to express our appreciation for what you are doing for the sake of this tormented country in light of successive existential crises and a financial and social siege that is almost destroying what is left of this country.

Your Excellency, we feel as you do the depth of the economic crisis after the gradual collapse of all production sectors after the collapse of the banking and monetary sector, in addition to the health sector, which is on the verge of collapse and the most dangerous is the collapse of society.

Mr. President, it has become our urgent duty to warn against the collapse of the health sector, which is ultimately the backbone of life.

The health sector suffers from challenges that we may not be able to get out of unless efforts are combined and we move quickly to save what can be saved.

The health sector is on the verge of collapse in light of the emigration of the veteran generation of doctors in search of a decent life and lost dignity.