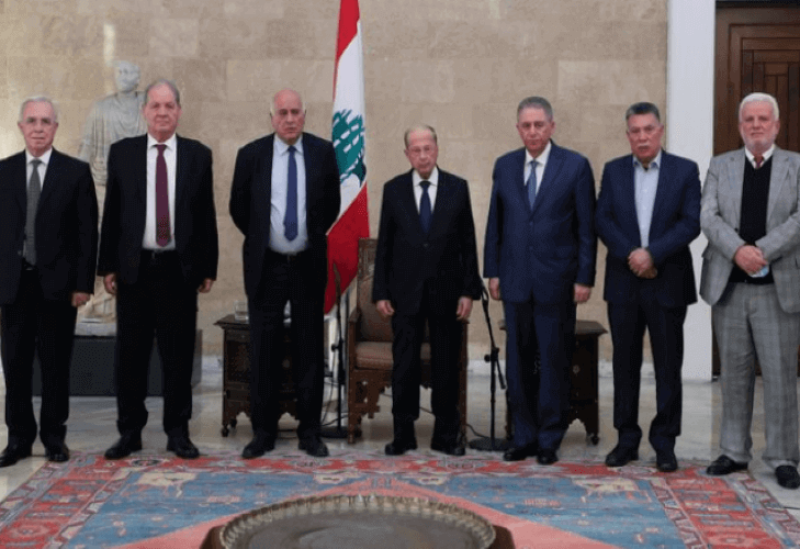 President of the Republic, General Michel Aoun, met a delegation from the Central Committee of Fatah, headed by the Secretary-General of the Committee, Lieutenant-General Jibril Rajoub.

At the beginning of the meeting, Rajoub said that he was carrying a message to President Aoun and the Lebanese people, which stresses that the Palestinian presence in Lebanon was and will remain an element of stability. Rajoub also expressed the gratitude of the Palestinian people for the hospitality they receive in Lebanon.

Rajoub also briefed President Aoun on the developments of the situation in Palestine, and the leadership’s endeavor to strengthen Palestinian national unity in the face of the Israeli occupation, and to activate the peaceful popular resistance in its various political, social and geographical aspects.

In addition, the President pointed out that he always carried the Palestinian cause in the positions he took in international and regional forums, and he was and will continue to believe in the justice of this cause and the necessity of the Palestinian people to live in peace in their independent state.