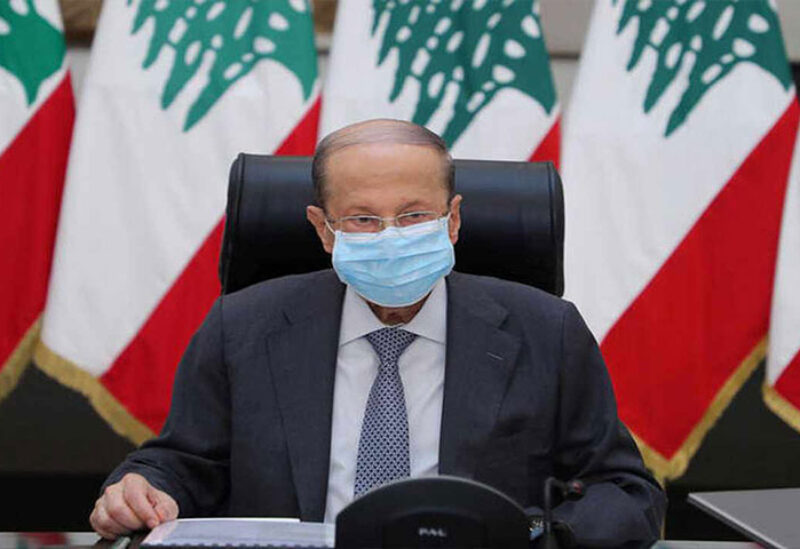 General Michel Aoun, President of the Republic, met with MP Eddy Maalouf today in the Presidential Palace and discussed the latest political developments with him.

The discussion focused on the Metn region’s developmental needs, particularly the Boqaata Dam, and the importance of completing works in the region.

According to MP Maalouf, the President has directed competent officials in the Energy Ministry and the Development and Reconstruction Council to monitor the situation.

The President received MP Salim Khoury and discussed with him the needs of Jezzine region, especially projects which have been stopped, and require urgent follow-up.

General affairs were also tackled in the meeting.

The President met Ambassador Naji Abi Assi, on the occasion of his appointment as head of the Arab League mission in Paris.

President Aoun wished Ambassador Abi Assi success in his new diplomatic missions, and praised his experience and efforts in national and diplomatic fields.

For his part, Abi Assi thanked the President for supporting his candidacy.

The economic situation in North Lebanon and Tripoli was the subject of discussion, in addition to the difficult conditions which the economy encounters.

Mr. Hariri states that he addressed the issue of operating the new vegetable market in Tripoli, which had been ready for years and had not been operated, as well as the reopening and reactivation of Quality Inn Hotel.

Hariri also indicated that such projects and others provide several job opportunities for the Lebanese youth, especially with the presence of investors who intend to invest in Lebanon in general and the North in particular. Hariri also said that he felt all the support from the President who is keen to activate the economic cycle, and stressed the need to overcome obstacles and launch new investment projects.