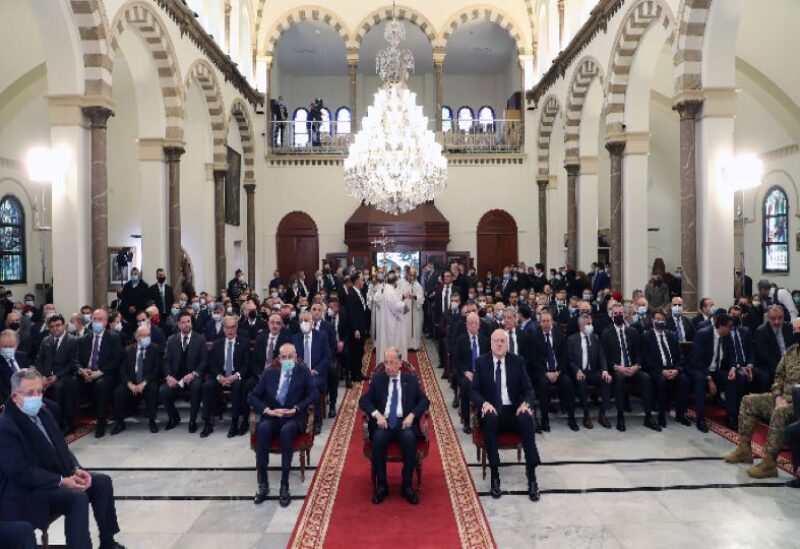 President of the Republic, General Michel Aoun, Speaker of Parliament, Nabih Berri, and Prime Minister, Najib Mikati, participated in the Divine Liturgy held at St. Maron Church in Gemmayzeh on the occasion of the feast of St. Maroun, patron saint of the Maronite community.

The Mass service was headed by Maronite Patriarch, Mar Bechara Boutros Al-Rahi, who was assisted by the Patron of the Beirut Archdiocese of the Maronites, Archbishop Boulos Abdel-Sater, Archbishop Khalil Alwan and a group of priests, in addition to a number of official, political and diplomatic individuals.

President Aoun and the Patriarch went to the statue of Saint Maron and its relics, and lit two candles and prayed. Then, the President went to his seat, where applause and cheers rose for him, before he saluted Speaker Berri and PM Mikati.