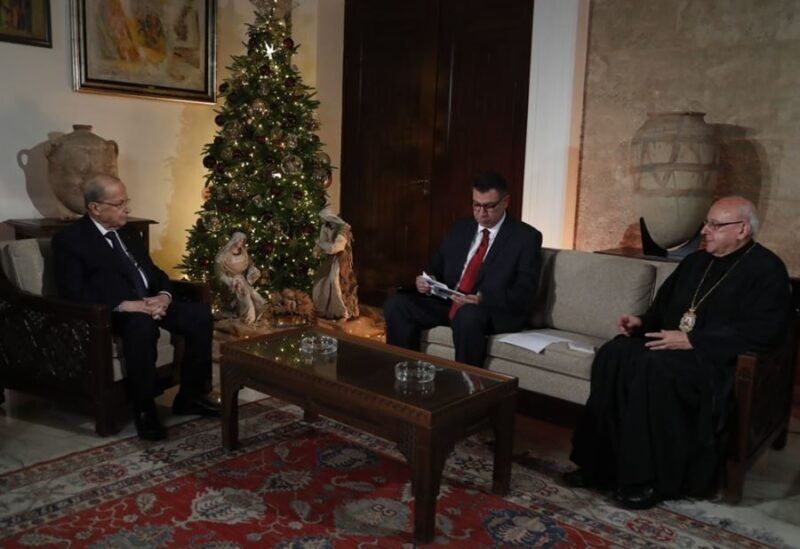 The President of the Republic General Michel Aoun considered that the people’s sufferings today are the result of the behavior of the former officials.

Aoun said in a religious interview on “OTV”: “What the Lebanese are suffering and living today is the result of the actions of those who previously exercised responsibility and are entrusted with the lives of citizens.”

He pointed out that “Eastern Christians live only through Christian-Islamic dialogue, and the civil state needs social and political maturity in order to be realized in Lebanon.”

Aoun added, “Lebanese citizens are from different religions and civilizations, that’s why I proposed establishing a Human Academy for convergence and dialogue.”

He stressed that “a person is linked to his society and to the land, and a person without land is a refugee.”