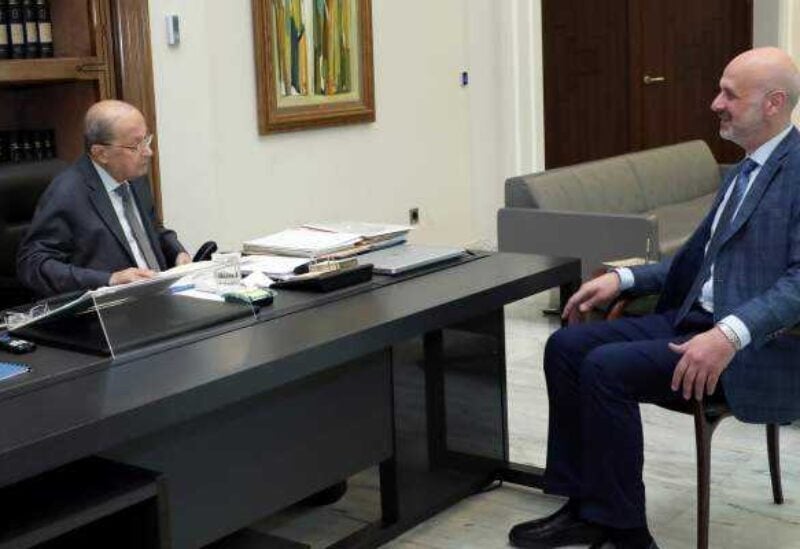 President Michel Aoun, received this afternoon the Minister of Interior and Municipalities Judge Bassam Mawlawi at Baabda Palace, where they discussed the general situation in the country in general, and the security situation in particular, in addition to the work of the directorates affiliated with the Ministry of Interior. The upcoming parliamentary elections and the measures taken by the Ministry.
The discussions also included the circumstances that accompanied the statements made by the Minister of Information, Georges Qordahi, before assuming office, and the reactions to them. Pointing out that Minister Qardahi’s statements “were issued by his appointment, and therefore do not reflect the viewpoint of the Lebanese state, which is keen to do everything that contributes to Saudi Arabia’s standing by the people of Lebanon, especially in the current circumstances, knowing that the positions of any Lebanese political party’s stances, should not be considered a state’s stances, and dealt with on this basis.”