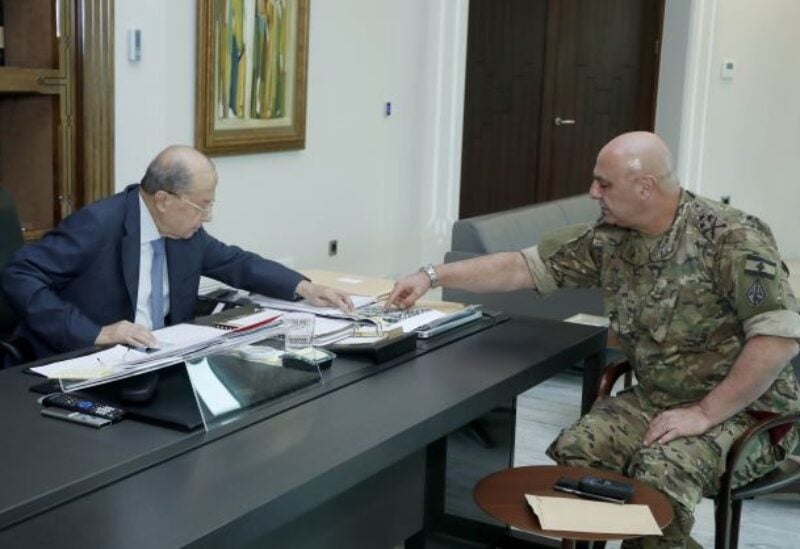 General Michel Aoun, President of the Republic, met with Army Commander General Joseph Aoun in the Presidential Palace this afternoon.

The President was updated by the Army Commander on the details of today’s security events in Tayouneh, as well as the Army’s actions to restore security and stability to the region.

General Aoun also informed President Aoun on the ongoing investigations into what happened and who was responsible.