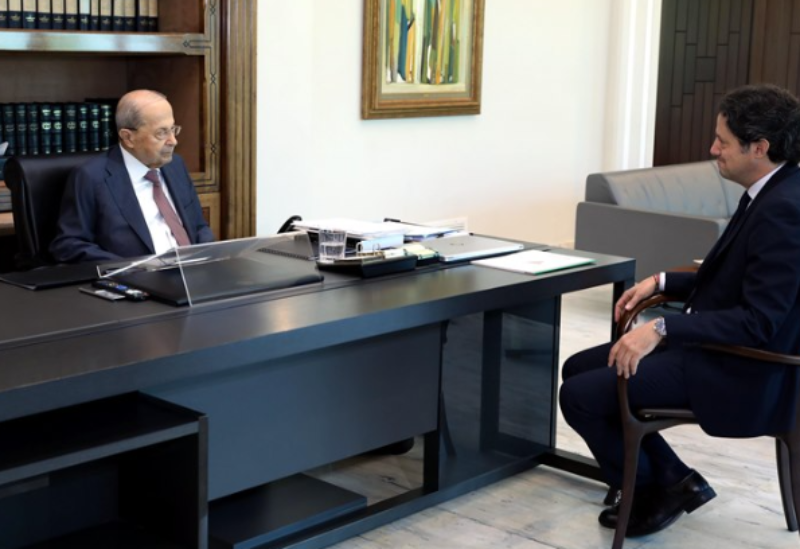 In a letter to the President of the Republic, General Michel Aoun, French President Emmanuel Macron stated that he places “great emphasis” on the connections between Lebanon and France, and that he is eager to strive to strengthen and develop these relations in all areas.

President Macron thanked the President for the congratulatory message he addressed to him on the occasion of the French National Day, expressing his affection for its content and l his deep gratitude for President Aoun’s initiative.

The President Aoun met Information Minister, Ziad Makary, and discussed with him the atmosphere of his official visit to Doha, along with Tourism Minister, Walid Nassar.

A written message was delivered from the President of the Republic to the Emir of the State of Qatar, Sheikh Tamim bin Hamad Al Thani, on Lebanese-Qatari relations and existing cooperation between both countries.

Current political and government developments, in addition to matters related to the official media institutions in the Ministry of Information and Lebanon Television were also addressed in the meeting.

The President received MP, Jimmy Jabbour, and deliberated with him the current affairs and needs of the Akkar region.

MP Jabbour indicated that President Aoun assured him of his constant interest in the conditions of the Akkar region and his keenness to meet the needs of its people and their role in Lebanese political life, especially in the executive and legislative authorities.

The President also stressed the sacrifices made by the people of Akkar for their country in all political, military and social fields.

Ambassador Haddad briefed the President on the conditions of the Lebanese community in Senegal, which number more than 30,000 people, and their role politically, economically, socially and industrially.

Lebanese-Senegalese relations and ways of developing them were also deliberated.