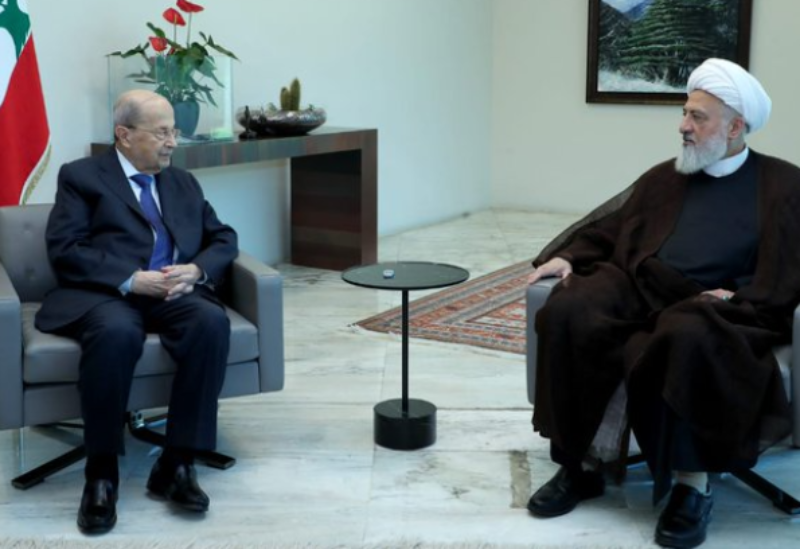 Al-Khatib stressed the necessity of not creating a vacuum at the governmental and presidential levels, asserting the importance of forming a new government as soon as possible and that everyone should bear responsibility and cooperate to save the Lebanon and extricate the people from the miserable reality they suffer from.

Concerning demarcating southern maritime borders, Allama Al-Khatib quoted the President as confirming that things have come to their happy conclusion and that Lebanon will get what it deserves, pointing out that no one can give up his sovereign right in light of the one Lebanese position and the standing of all the Lebanese people with this position.

Allama al-Khatib also thanked President Aoun for sending his representative to the memorial ceremony that was held on September 7, on the occasion of the first memorial of the death of the head of the Supreme Islamic Shiite Council, Imam Sheikh Abdul Amir Qabalan.

Current political and social conditions were discussed in light of the expected constitutional entitlements, in addition to the Islamic-Christian dialogue and the importance of establishing the “Human Academy for Convergence and Dialogue” in Lebanon as a center to encourage a culture of peace and convergence between different cultures, religions and civilizations.