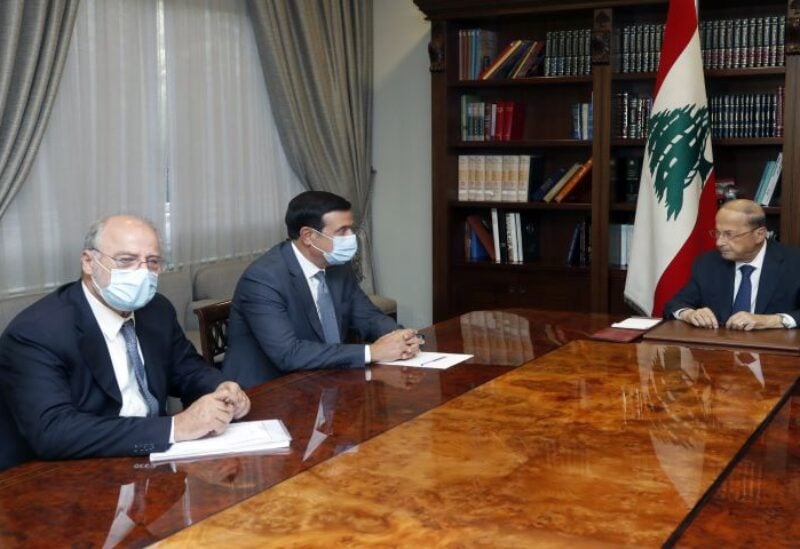 President of the Republic, General Michel Aoun, met Public Works’ Minister, Michel Najjar, today at the Presidential Palace, were they addressed the situation at Rafic Hariri International Airport in addition to the adopted procedures to organize the reception of arrivals.

After the meeting, Minister Najjar said in a statement: “We tackled in the meeting matters related to the Public Works Ministry, primarily logistical, security and health measures taken at the airport. I assured that all measures have been taken to facilitate the passage of arrivals. We also referred to the field visit which we made yesterday to the airport with the Public Works Committee in the Parliament, headed by MP Nazih Najem, during which we checked and asserted that all required procedures were implemented.

Moreover, issues related to the Beirut Port were tackled, and I had sent a letter to His Excellency the President which included all problems which we suffer from at the port.

We also discussed the legal and logistical frameworks to solve all these problems, and I explained some of the projects presented by several Russian and French companies related to the ports of Beirut and Tripoli”.

Responding to a question, the Public Works Minister stated “Yesterday, we made a field tour at the airport while 3 planes were arriving. We saw that the issue of waiting for those arriving in Beirut to get out of the airport takes around 30 to 40 minutes, divided between public and security measures, PCR and baggage receipt. Recent congestions at the airport were resulting from baggage not arriving on time, due to inspections outside the arrival halls to ensure that there were no smuggled items. We have adopted a new mechanism so that this is not repeated, and things have returned to their previous state. Arrivals that they are being followed from the moment they arrive at the General Security until they leave the airport gate.

He confirmed that the airport is in good condition, whether in terms of health conditions, or in terms of public safety and measures”.