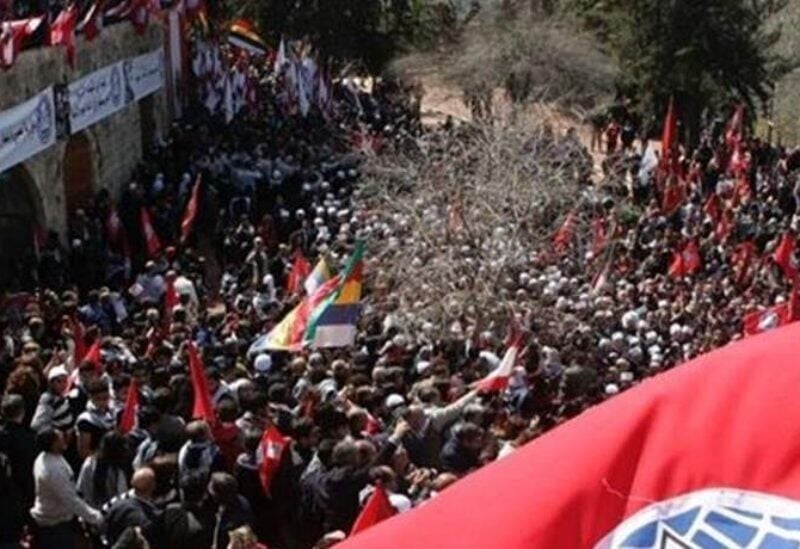 Lebanon’s Progressive Socialist Party denounced on Monday the recent attacks on Saudi Arabia, and voiced its full solidarity with the Kingdom’s leadership and people.

“In light of the continuous heinous attacks on the Kingdom of Saudi Arabia, the Progressive Socialist Party reiterates its condemnation of such assaults which aim to destabilize the country, undermine the people’s safety and pose a threat to the security of the entire Arab world,” the party’s media commission said in a statement.

The party was also surprised by the timing of such new attacks on the Kingdom, “as if there are people who refuse to see solutions being put in place or who take advantage of the expected negotiations and dialogues to target the Kingdom’s role and security, thus attempting to torpedo the pivotal Saudi role.”

“In the face of such attempts, the Progressive Socialist Party confirms its full solidarity with Saudi Arabia’s people, leadership and role in the quest to achieve the required Arab integration by facing the various challenges threatening the whole Arab region,” the statement concluded.

Lebanon’s Ministry of Foreign Affairs and Emigrants denounced on Sunday the ballistic missile attack and the drones launched towards civilian targets in the Kingdom of Saudi Arabia, some of which targeted the Saudi capital Riyadh, the National News Agency reported.

“We condemn any targeting of innocent civilians,” the ministry said in a statement, considering this attack to be “a violation of international laws that prohibit the targeting of civilians.”

The Saudi-led coalition fighting Yemen’s Iranian-aligned Houthi group said on Saturday it had thwarted a ballistic missile attack by the Houthis on the Saudi capital Riyadh, and destroyed six armed drones launched towards southern Saudi cities.

A coalition statement carried on state media said the drones aimed to target “civilians and civilian objects” in the southern region, Jazan and Khamis Mushait.

Debris from the intercepted missile caused material damage to one house in Riyadh but there were no injuries or deaths, the kingdom’s general directorate of civil defense said in a statement carried on state news agency SPA.