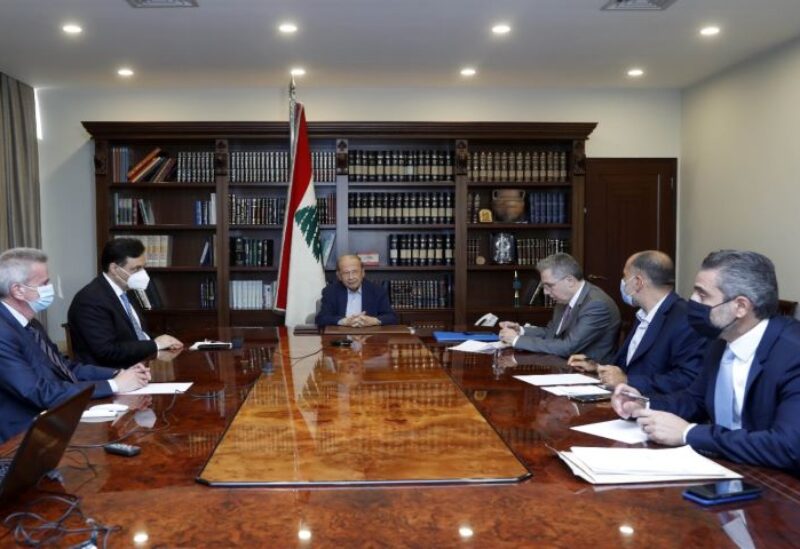 President of the Republic, General Michel Aoun, chaired an emergency meeting to address the fuel crisis, in the presence of caretaker Prime Minister Hassan Diab, Minister of Finance Ghazi Wazni and Governor of the Central Bank Riad Salameh, and with the participation of Minister of Energy and Water Raymond Ghajar.

The Baabda meeting concluded that, after the decision issued by the Central Bank to stop opening credit lines to finance  fuel purchases, including gasoline, diesel and cooking gas, at an exchange rate of 3,900 LBP, and adopting the “Sayrafa” platform rate, it was approved to open a temporary account to cover urgent and exceptional support for fuels as well as the maintenance of electricity plants.

The bank’s Sayrafa platform would provide dollars for fuel imports at its market rate, which was 16,500 on Friday, a little below the parallel market rate of around 19,000.

The difference between the Sayrafa rate and the 8,000 level would be a loss to be carried by the government in the 2022 budget (With a maximum subsidy of $225 million until the end of September).

The Ministry of Energy and Water will issue a price-fixing schedule as soon as this decision is issued.

The ministries, departments, and relevant judicial, security, and military agencies should coordinate to prevent storing or monopolizing fuel, or exploiting the existing stock to achieve illegal profits.

It was approved to give emergency social assistance to all employees of public administration and security services, and to task the Finance Minister of preparing the study to examine the possibility of including municipal employees according to the rules. The assistance which is equal to the basis of the monthly salary or pension without any increases of any kind or designation will be paid in two installments, and it includes all public administration employees regardless of their job titles (employees, contractors, procedure, military and security agencies, judges, as well as school employees in its various categories: primary, intermediate, secondary, vocational and technical education, retirees who benefit from a retirement pension…..).