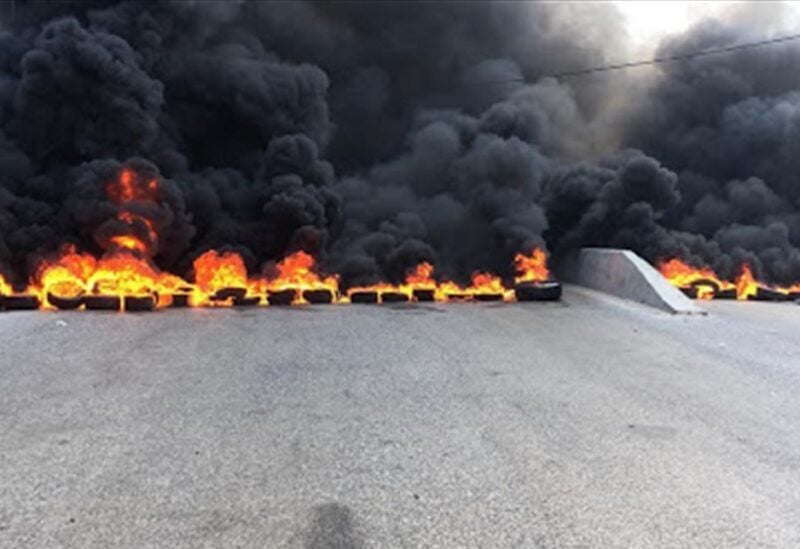 Tires burned on a highway in Lebanon

Nationwide protests in Lebanon gained momentum on Saturday amid a months-long political deadlock and a high U.S. dollar exchange rate which has been spiraling in recent months but has recently hit an alarming level.

Demonstrators coming from all regions took to the streets today, blocking roads, burning tires and calling for the swift formation of a new government. They had previously vowed their movement would escalate as the pound currency dropped to more than 10,000 against the U.S. dollar.

Fueled by anger, protesters lifted banners calling for “their right to live in dignity,” saying they no longer hope for early parliamentary elections to be held but rather holding said elections on time.”

Al-Naahmeh highway was also cut off in both directions.