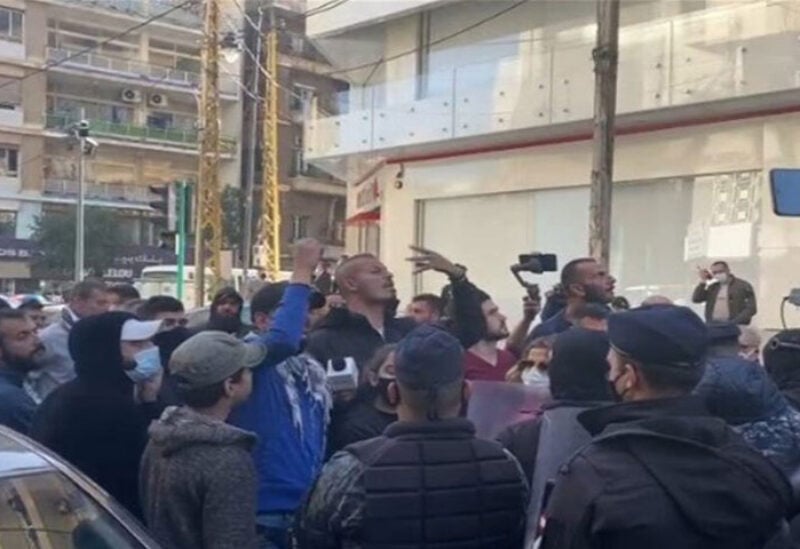 A number of citizens staged a sit-in in front of the house of the caretaker Minister of Economy and Trade, Raoul Nehme, in Achrafieh.

In the morning, a number of protesters staged a sit-in in front of the ministry’s building in downtown Beirut.