Pushkian from Anjar: For spreading a positive atmosphere in this circumstance, which requires us to combine efforts 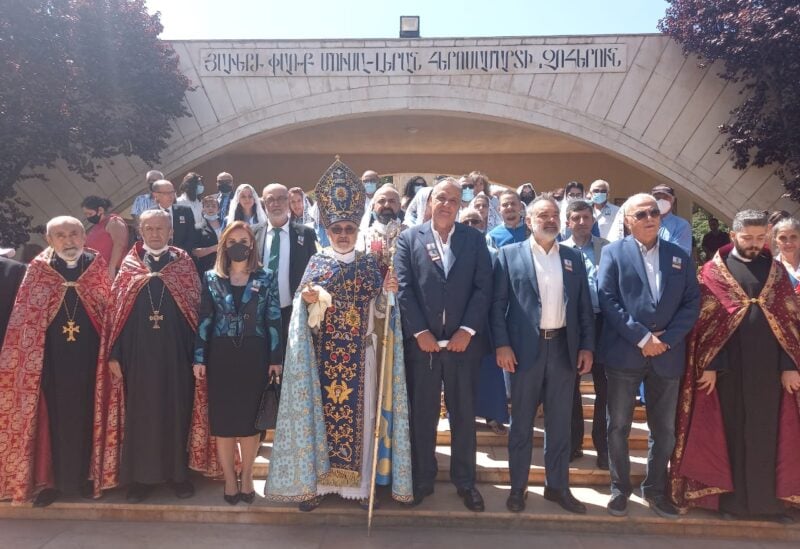 Minister of Industry George Pushkian stressed on “the positive indicators that still accompany the birth of the new government,” underlining “the need for all to work towards spreading a positive atmosphere under this circumstance, which requires us to combine all efforts for the sake of this country and the human being in Lebanon, who has suffered enough of disasters…”

His words came during his visit to the town of Anjar today, where he participated in the celebration of the 82nd anniversary of the town’s founding, the Feast of the Cross, and the 106th anniversary of the victory of the people of Jabal Moussa, in the presence of MP Hagop Terzian, former Minister Vartine Ohanian, Patron of the Armenian Orthodox Community in Lebanon, Archbishop Shahi Panoussian. Mayor of Anjar Vartiks Khoshian, alongside several other prominent figures from the region and a crowd of Anjar residents.

In a word of welcome to the newly appointed Industry Minister, former Minister Ohanian commended the appointment of Pushkian as head of the Ministry of Industry, “who is known for his economic efforts and clean record.”

In turn, Pushkian thanked Ohanian “for everything she did in the Ministry of Youth and Sports, where she played a significant role and has all appreciation and respect.”