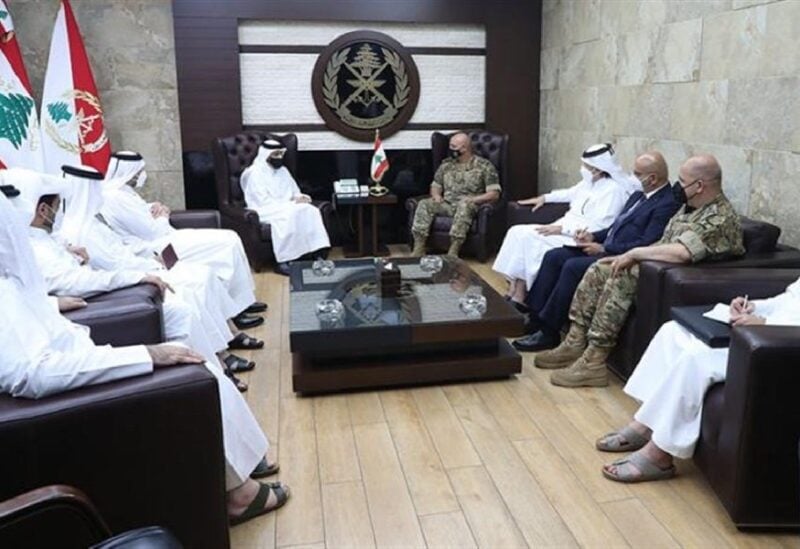 The Armed Forces Commander General Joseph Aoun received today the Deputy Prime Minister and Minister of Foreign Affairs of Qatar, Sheikh Mohammed bin Abdulrahman Al Thani, accompanied by a delegation at his office in Yarzeh, and they discussed the situation in Lebanon and current developments.

Qatar representatives affirmed that the country will provide the Lebanese Army with 70 tons of food every month for a year. This announcement is part of Qatar’s ongoing efforts to assist in addressing Lebanon’s political dilemma, confirming the solid commitment to Lebanon’s support.

Sheikh Mohammed bin Abdulrahman Al Thani, Deputy Prime Minister and Minister of Foreign Affairs of Qatar, affirmed that Qatar reiterated its appeal for all Lebanese parties to prioritize national interests and hasten the formation of a new government in order to restore stability to Lebanon.

He reiterated Qatar’s support for Lebanon, its brotherly people, and its Army, saluting the Lebanese Army’s major role in the Beirut Port Blast.

On a side not, upon his arrival in Lebanon today, Qatar’s Foreign Minister met with President Michel Aoun, Parliament Speaker Nabih Berri, and Prime Minister-designate Saad Hariri.