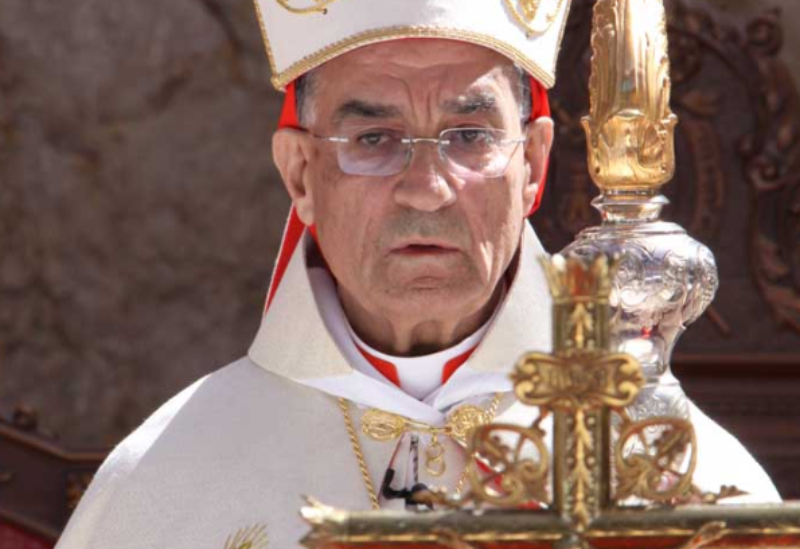 Cardinal Mar Beshara Boutros Rai, the patriarch of the Maronites, noted that “at a moment when the nation needs peace and collaboration, we are watching with sadness and indignation the advent of vicious media campaigns, between different political references and forces.”

The formation of a new government and the election of a new president of the republic within the constitutional deadline, he said, “will create a tense atmosphere that will negatively affect the psyche of steadfast citizens despite the difficulties, stability, economy, money, reforms, and constitutional entitlements.” He made this statement during Sunday mass at the summer patriarchal building in Diman.

Patriarch Rahi stressed that “if the intentions were sound and sincere, it would have been possible to address any political dispute through moral dialogue, wisdom and a constructive spirit away from criminalization and personal abuse, but what we see is that the goal of these campaigns is to fold the government formation project and circumvent the holding of presidential elections.”

He stressed that “the Lebanese of good will and the international and Arab community are determined to confront these destructive attempts, and to secure the election of a new President of the Republic capable of facing challenges.”

Rahi pointed out that “while we are aware of all the difficulties surrounding the process of forming a new government, these difficulties should be a catalyst for the president-designate to renew his efforts to form a government, and put everyone before their national responsibilities.”

“It is shameful for the political authority to make efforts to reach an agreement with Israel on the maritime borders, and in return refrain from forming a government,” the patriarch added.

“Has it become easier for the state to agree with Israel, than to agree on a government among the Lebanese?,” the prelate asked.