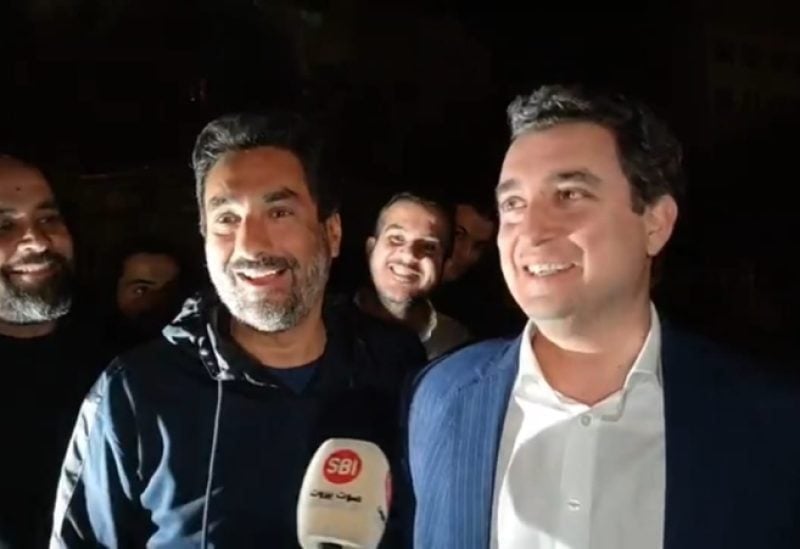 After failing for the 11th time, reformist MPs began a sit-in at the Lebanese parliament on Thursday, to elect a new president. They vowed to remain until the political deadlock, which began at the end of October when former President Michel Aoun’s term ended, is broken.

“This is not a symbolic move; it aims to press for the election of a president,” MP Melhem Khalaf told Arab News. “We will not back down and we hope that our move leads to a way to implement the constitution. This is a national responsibility and not the individuals’ responsibility.

“Some independent MPs joined us and we will stay in the parliament, despite being informed that the electricity generator will be turned off.

“It is necessary to find a way to implement the constitution. What do we tell people while the Lebanese pound reached 50,000 against the dollar on the black market today? I am ashamed of being a parliament member while people are asking for flour, milk, bread and electricity.”

Khalaf said that all MPs bear the responsibility for the disruption to the country and it is their duty to resolve it. Sami Gemayel, head of the Kataeb Party, was also among the protesters.

Najat Saliba, another MP participating in the sit-in, said: “We will not leave. We will sleep inside the parliament even in the case of a blackout. In fact, most people are experiencing a shutdown of electricity in the first place.”

The MPs were told that all entrances to the parliament would be closed and electricity turned off at 2:30 p.m. local time. After discussions with Deputy Speaker Elias Bou Saab, and with the parliament’s security service, the MPs were provided with ways to enter and exit the building and provide for their needs.

Officials said 110 MPs, out of 128 total, attended Thursday’s parliamentary session, which was the first of the year. In the vote for a new president, 37 members returned blank ballots. MP Michel Moawad, founder and president of the Independence Movement party, received the most votes, with 34 and 14 voted for “New Lebanon.”

Fifteen votes were discarded as spoiled. They included ballots on which slogans had been written in support of the families of the victims of the explosion at Beirut Port on Aug. 4, 2020, and others on which phrases such as “Agreement,” “Dialogue for Lebanon” and “Presidential Priorities” were written. One invalid vote included the name “Bernie Sanders,” the former Democratic Party candidate for US president.

According to one political analyst, MPs for the Free Patriotic Movement, who in previous votes had conformed with their Hezbollah allies by returning blank ballots, this time decided to write “Presidential Priorities” on their voting papers.

“After the alliance between the two parties was shaken, the FPM decided to differ from Hezbollah with this phrase,” the analyst said.

The voting session ended when Berri announced an adjournment before a second round of voting could take place.

Some reformist MPs, holding up photos of the victims of the Beirut explosion, preempted the decision to adjourn and demanded additional sessions be held.

At the start of the session, MP Hadi Abu Al-Hosn, a member of the Democratic Gathering bloc, noted that his group might boycott future sessions if the political deadlock persisted.

“We might have to suspend our participation in the coming sessions and we call on everyone, all forces, to deliberate in order to reach a solution,” he said.

Relatives of the victims of the Beirut explosion held a rally near the parliament demanding the resumption of the investigation into the blast, which ground to a halt more than a year ago as a result of lawsuits filed by current and former MPs against investigating judge Tarek Bitar, leading to his removal from the case. Democratic Gathering and Lebanese Forces MPs joined the protesters.

After the session, presidential candidate Mouawad said: “We will not settle; we are fighting against subjugation. There are many suggested choices. We might win or lose in the presidential battle but we will not yield and we will not compromise.”

Lebanese Forces MP George Adwan said: “We cannot continue without knowing the offenders (responsible for the explosion). We are ready to stand with the victims’ families and we support Judge Bitar to find the truth.”

He added that a new president must rebuild the Lebanese state and represent the views of all Lebanese people.

Families of people arrested in connection with the investigation into the Beirut blast case also staged a protest near the Justice Palace on Thursday. They were joined by a number of FPM MPs.

A caretaker government has been in place since Aoun’s term ended almost three months ago, stalling a host of economic reforms designed to prevent wasteful spending and combat rampant corruption.

Lebanese authorities in April last year reached a tentative agreement with the International Monetary Fund for a recovery plan, conditional on a host of economic reforms and anti-corruption measures. The organization has been critical of the sluggish efforts to meet those demands.