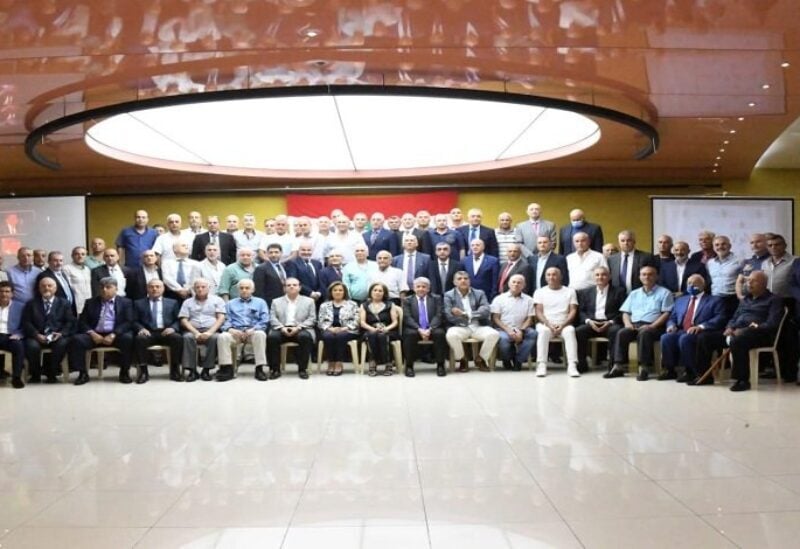 “Loyalty to the Homeland” rally, was launched by retired officers from various military and security agencies, at the Saint Elias parish hall in Antelias, in a massive celebration that included the announcement of the document “The Sovereignty of a Homeland, the Dignity of a Citizen,” in which they pledged their commitment to work alongside all the resident and expatriate Lebanese, to restore the sovereignty The state, its prestige, the dignity of the citizen, and the accountability of those responsible for its collapse, leading to the establishment of a modern civil state, a state of law and institutions where citizens are equal in rights and duties, by all peaceful and democratic, legitimate and available means.

The rally aims at  adapting by the constitution and seeking to develop the existing political system through some constitutional amendments, safeguarding national interests and developing a defensive strategy, limiting arms and the decision of war and peace to the state and military forces, eliminating the phenomenon of uncontrolled arms, consolidating the independence of the judiciary in order to achieve justice and retaliation against all those responsible for the collapse of State institutions, especially those involved in the August 4 explosion, consolidating Lebanon’s role as a founding member of the United Nations and the League of Arab States and its commitment to its charters and decisions, developing and activating the state’s administration, especially the supervisory administrations, amending constitutional and legal texts in a way that strips off immunities and banking secrecy for everyone who deals in Public affairs, and inviting the people to be a partner in keeping the flame of October 17 burning to restore state sovereignty.

At the end, the officers signed the document and a memorial photo was taken.