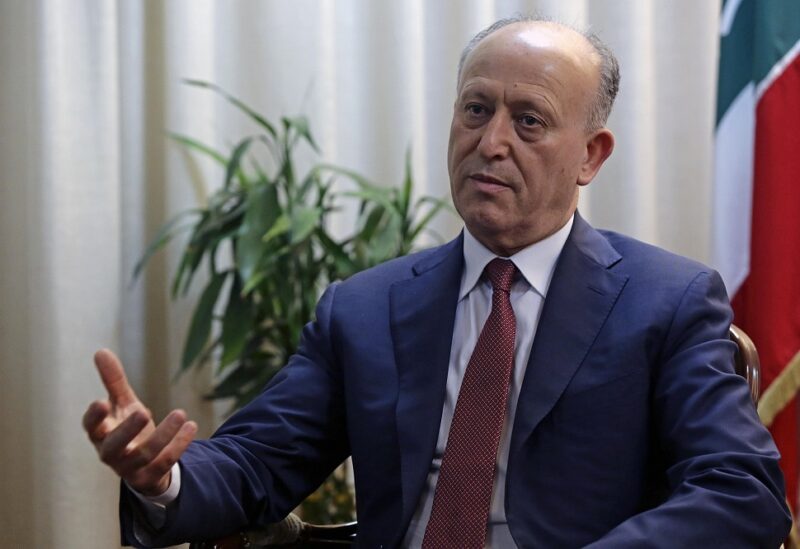 Former Lebanese Minister of Justice Ashraf Rifi has accused “the Syrian regime and Hezbollah of ‘abducting’ Lebanon and taking it as a hostage,” saying “we are facing a political terrorist crime.”

Ashraf Rifi was the general director of the Lebanese Internal Security Forces from 2005 to 2013. He served as minister of justice from 15 February 2014 to 21 February 2016.

“There is a chance in Resolution 1701 to expand the scope of UNIFIL’s work in order to control all the land borders, with the Russian military police assuming control over the borders from the Syrian side,” Rifi was quoted as saying by Okaz newspaper on Tuesday.

Under U.N. resolution 1701, which ended the 2006 war between Israel and Hezbollah, the Lebanese army is responsible for security on its side of the border in a zone from which any other armed force, including Hezbollah, is banned.

The United Nations also maintains a peacekeeping force on the border.

Rifi also tackled the case of slain political activist Lokman Slim, saying “a surveillance camera detected one of the cars of Slim’s murderers, and it is linked to Hezbollah.”

“A highly credible external intelligence agency is following up closely on the assassination of Lokman Slim outside the scope of the official Lebanese investigations,” he added.

However, the office of caretaker Minister of Interior and Municipalities, Mohamed Fehmi, said on Wednesday that no new developments have been revealed in the case of Lokman Slim, and hoped for “providing the security apparatuses with any clue that might serve the investigation.”

“Former Minister Major General Ashraf Rifi mentioned in a press interview some information about the assassination of political activist Lokman Slim,” the office said in a statement.

“The office of the Minister of Interior hereby indicates that nothing new has been revealed at all by the Lebanese security apparatuses with regards to the case,” it added.

An autopsy of Lokman Slim, a Lebanese political activist who was found dead in his car in southern Lebanon, has revealed that he was shot six times, one bullet in the back and five in the head, sources told Al Hadath TV channel on Tuesday.

Police said Lokman Slim, 59, a well-known political commentator, had been shot in the head. He was an outspoken critic of the militant group and political powerhouse who had regularly drawn the ire of its followers.

The murder of yet another critical voice in Lebanon has once again fueled anger towards a political class that is either powerless, or unwilling, to bring assassins to account. In recent decades, assassinations have been routinely used as political weapons, with almost all remaining unsolved and the impunity surrounding them becoming a fact of Lebanese life.