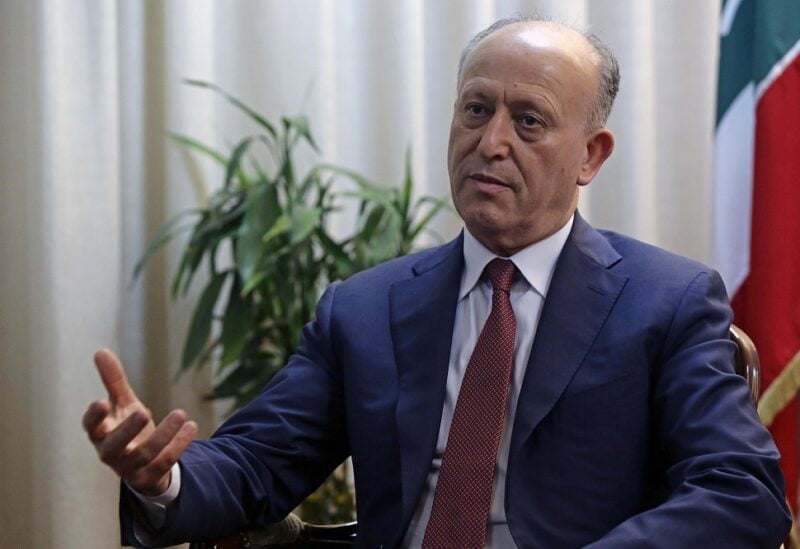 Former Lebanese minister Ashraf Rifi voiced on Friday his support to the country’s military institution, lauding the role that has been played by the army in warding off strife.

“We underscore once again the great role played by the army’s command and officers in warding off schemes aiming to sow strife in Tripoli,” Rifi wrote on Twitter, adding that “everyone has witnessed an exceptional and resolute performance at the level of the command and the officers entrusted with security.”

“The army makes the Lebanese people confident that it is a great guarantee (for the nation), as opposed to the ‘rotten’ regime that has led us to hell.”

Lebanon’s army chief Joseph Aoun warned France on Wednesday that an economic crisis had put the military on the verge of collapse and Paris offered emergency food and medical aid for troops in hopes of preserving law and order, sources said.

France, which has led aid efforts to its former colony, has sought to pressure Lebanon’s squabbling politicians who have failed to agree on a new government and launch reforms to unlock foreign cash.

Discontent is brewing among Lebanon’s security forces over a currency crash wiping out most of the value of their salaries.

In unusually outspoken comments in March, Aoun said his warnings to Lebanese officials that this could lead to an “implosion” had fallen on deaf ears.

“We’re worried because the Lebanese army is the backbone of the country,” said one person familiar with meetings on Wednesday that included President Emmanuel Macron.

Two sources said France would provide food and medical supplies for military personnel, whose salaries had fallen five or six fold in value recently, forcing many to take extra jobs.

One of the sources said France was working to arrange a conference in June that would seek to mobilize the international community to support the army.

Lebanon’s pound has crashed 90% since late 2019 in a financial meltdown that poses the biggest threat to stability since the 1975-1990 civil war.

The army has long been viewed as a rare institution of national pride and unity. Its collapse at the start of the civil war, when it split along sectarian lines, catalyzed Lebanon’s descent into militia rule.

In a statement after meeting with counterpart Francois Lecointre, Aoun said the Lebanese army was going through “a great crisis which is set to get worse.”

Macron’s office said in a statement that France would continue to support the Lebanese army.