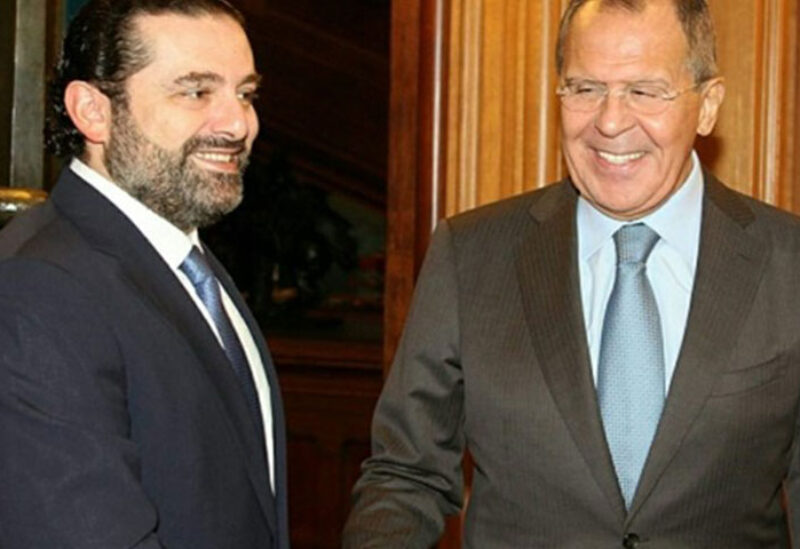 Russia emphasized today (Tuesday) the importance of the quick formation of a “mission government” made up of technocrats in Lebanon to overcome the country’s severe economic and financial crisis.

This came during a meeting between Prime Minister-designate Saad Hariri and Russian Foreign Minister Sergey Lavrov in Abu Dhabi, with talks focusing on the situation and developments in Lebanon and the region, including the Cabinet formation crisis, now in its seventh month.

Lavrov clearly supported Hariri’s insistence on a Cabinet of nonpartisan specialists and his refusal to include representatives of political parties in the new government.

Both parties discussed “viewpoints in order to put an end to the crisis-hit situation in Lebanon with focus on the importance of quickly overcoming the socio-economic crisis through the formation of a mission and capable government made up of technocrats,” a statement released by Hariri’s media office said, quoting a statement issued by the Russian Foreign Ministry.

The meeting also dealt with supporting the essential political forces in the country and Hariri and Lavrov discussed some regional problems, including intensifying the international community’s efforts in order to solve the Syrian crisis based on UN Security Council Resolution 2245, particularly the return of Syrian refugees to their homeland, the statement said.

It added that Lavrov and Hairri also discussed “new ideas” to develop and strengthen the Russian-Lebanese friendship relations and expand the commercial, investment and social exchange with emphasis on Russia’s assistance to Lebanon in fighting the coronavirus pandemic.

Hariri was also believed to have briefed Lavrov on the hurdles he was facing in his attempts to form a proposed 18-member Cabinet of nonpartisan specialists to enact essential reforms outlined in the French initiative designed to rescue Lebanon from its worst economic and financial crunch since the 1975-90 Civil War.

The meeting, also attended by Russian Deputy Foreign Minister and presidential special envoy for the Middle East and Africa Mikhail Bogdanov, comes amid reports that Russia supported Hariri’s proposal for the formation of a Cabinet of 18 nonpartisan experts without granting veto power to any party, one of major obstacles hindering the government formation.

Hariri, supported by France and Arab countries since his designation on Oct. 22 to form a new government to save Lebanon, has been on a visit to the United Arab Emirates since last Wednesday. Hariri’s trip to the UAE was part of his tour aimed at restoring Lebanon’s ties with Arab and friendly states. He has already visited Turkey, Egypt, Qatar and France.