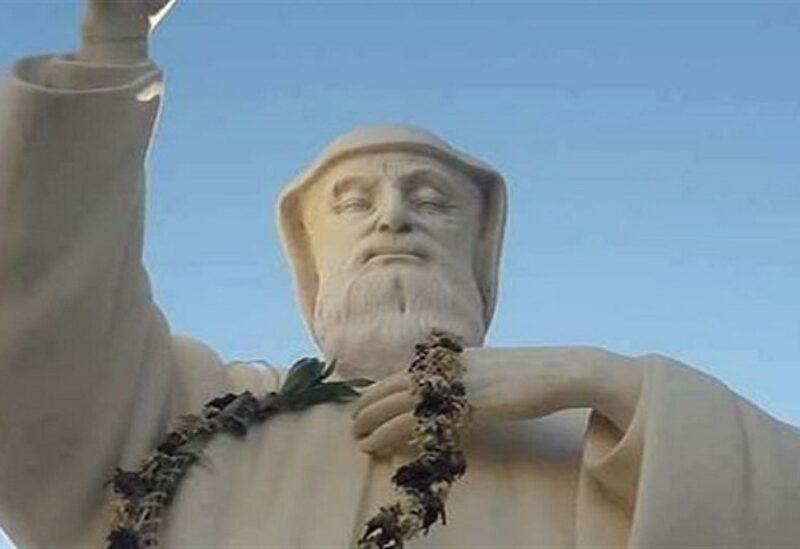 The parish priest, Father Jean Nasrallah, denounced in a statement the “cheap” act, saying “the contents of holy places in our region had never been stolen before but unfortunately, a while ago, the monastery of Saint Romanos in the town of Jabboule was robbed and today, it’s Saint Charbel sanctuary.”

Father Nasrallah called on the security apparatuses to work on “uncovering the perpetrators and preventing the recurrence of such attacks on places of worship.”

Theft operations in Lebanon are now commonplace as the prices of commodities and foodstuffs have skyrocketed amid joblessness and political stalemate.

More than half of the population is now poor and lacks the most basic means of survival as Lebanon hurtles towards outright financial meltdown amid a severe devaluation of the pound currency.

On Easter day, people in the town of Rayak Al-Fawqa in central Bekaa woke up to find that their local cemetery had been looted. Tens of iron doors to above-ground mausoleum crypts of the cemetery were stolen overnight.