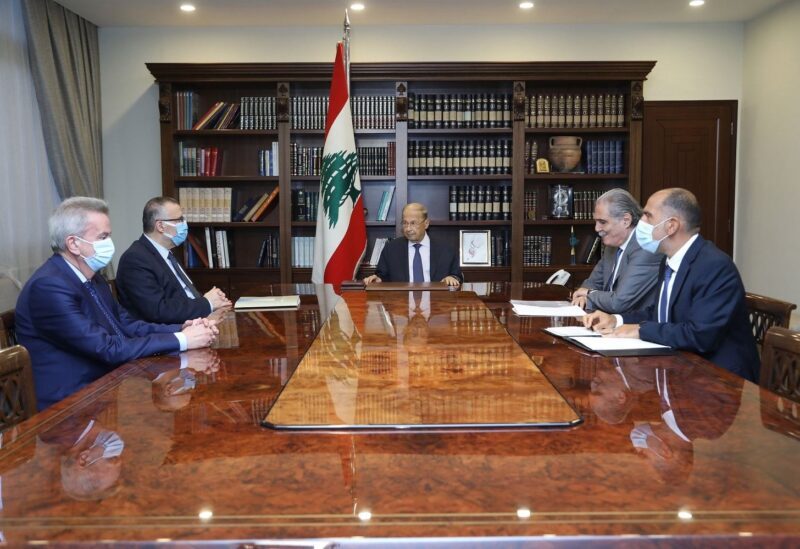 Aoun's meeting with Salameh and Elias

President Michel Aoun, chaired this afternoon a financial and judicial meeting that included the Governor of the Banque du Liban, Riad Salameh, and the Head of the State Consultative Council, Judge Fadi Elias, for deliberating the repercussions that resulted from the issuance of a preparatory decision by the State Council to suspend the implementation of the Governor of the Banque du Liban’s circular No. 151.

After the meeting, Salameh confirmed that “Circular 151 is still in effect, since the Banque du Liban has not been notified of a valid, executable copy of the State Consultative Council’s preparatory decision to suspend its implementation.”

He added: “People’s money isn’t gone.” We will issue a circular soon to return depositors’ money.

In this context, the attendees stressed the necessity of cooperation between the Banque du Liban and the State Consultative Council for the benefit of Lebanon.