“To put national interest above all others,” Saudi Ambassador Bukhari affirms after meeting with Patriarch Rahi 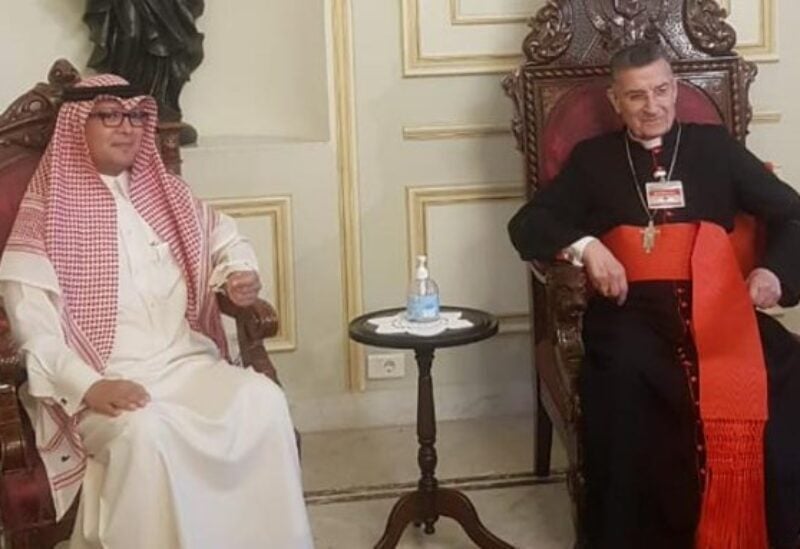 Maronite Patriarch, Mar Bechara Boutros Al- Rahi, has met today at his Bkerke residence, with Saudi Ambassador to Lebanon, Walid Bukhari. At the end of the meeting, Al-Bukhari left without making any statement.

Al-Bukhari’s visit to Bkerke arises as the government formation issue has resurfaced, since Speaker Nabih Berri, jointly with Al Rahi, is considering the government issue, expecting its birth in the near future.

In this regard, Al-Rahi stated that there are “internal obstacles” that prevent the establishment of a government for the purpose of private and sectarian interests, and that “they are not external until we want to open our borders to the outside.”

In an interview with USJ Alumni students, he pointed out: “There is no accountability, at a moment when the state and institutions crumble and we are unable to form a government. I honestly admired Ambassador Mustafa Adib’s attitude, in which he apologized after a month of being unable to establish a government, and this is an honorable position.”

“Lebanon was dragged off its neutrality and pushed into the conflict, and it became a bargaining chip for countries, and neutrality means a return to Lebanon’s fundamental essence,” Al Rahi concluded.

In the wake of his meeting with Patriarch Bechara Boutros Rahi, Ambassador of the Kingdom of Saudi Arabia, Walid Bukhari, tweeted : “I was honored to meet with his His Beatitude Bechara Rahi today, as he reflects Lebanon’s identity as a message, and its wisdom in preserving balances in what serves the Lebanese people.”

Ambassador Bukhari wished “to give priority to the supreme national interest in Lebanon and put it over any individual interest that prevents finding effective solutions that restore stability, security and prosperity to Lebanon,” underscoring “the role of the Patriarch as a guarantor in the Lebanese national life, which is reflected in his tireless efforts in the interest of Lebanon at these times.”

Rahi, in turn, stressed “the need to maintain good relations with the Kingdom of Saudi Arabia,” hoping to “reconsider the decision it [KSA] took to suspend the export of Lebanese agricultural products to Saudi Arabia.”

In this context, Ambassador Bukhari affirmed that “efforts are being made to resolve all matters that led to this decision.”