Secretary-General of Arab Banks’ union: All gratitude to Ambassador Bukhari 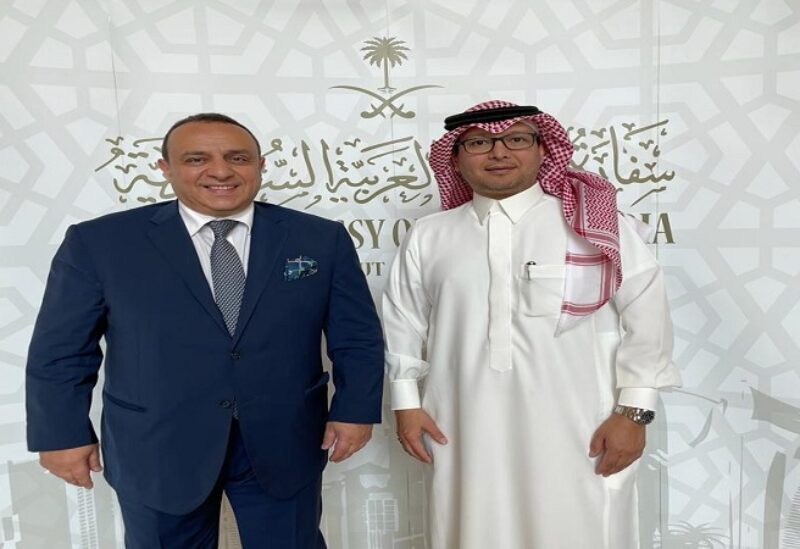 The Secretary-General of Arab Banks’ Union, Dr. Wissam Fattouh, tweeted:
“I had the pleasure to meet His Excellency the Ambassador of the Kingdom of Saudi Arabia to Lebanon, Walid Al-Bukhari, and informed him of the completion of the procedures for establishing the regional office of the Union of Arab Banks in Riyadh. And the issuance of the unified national number for the union in the Kingdom, as well as our obtaining all the privileges related to electronic protocol services for foreign missions in the Kingdom.”
Dr. Fattouh added in a second tweet: “All thanks to Ambassador Al-Bukhari for all the support he provided, and for his estimated and effective efforts to achieve this important achievement, and for giving this issue the necessary attention until we reached the desired results.”