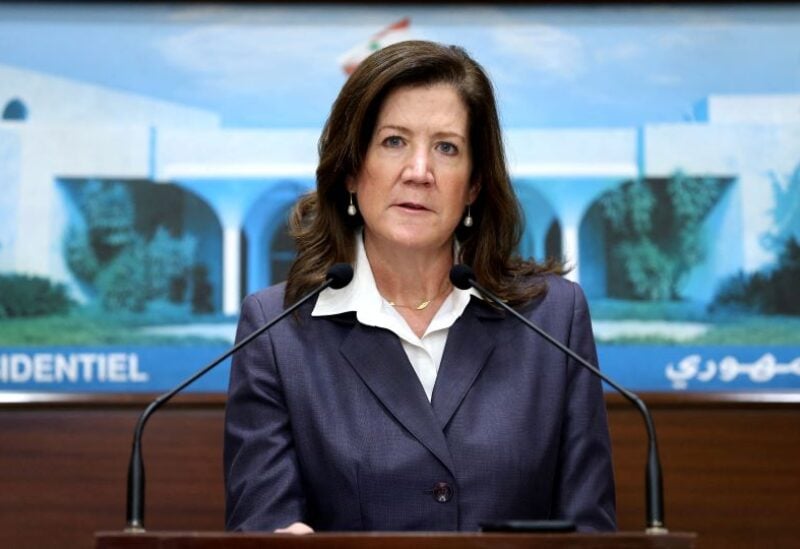 US Ambassador to Lebanon Dorothy Shea

Friends of the late political writer Luqman Slim gathered in the garden of Daret Mohsen Sleem – Haret Hreik, on the first anniversary of his assassination, in the presence of US Ambassador Dorothy Shea, British Ambassador Ian Collard and a representative of the German ambassador.
Shea said: Let me begin by renewing my sincere condolences to the family of Luqman Slim as well as to all of those gathered here and beyond, who loved him, who worked with him. All of us here were affected by his work.

Luqman stood for the rule of law.  He was a champion of free speech, democracy, and civic participation. He was never intimidated by the repeated threats made against him.  In his life, he fought for justice and accountability.  In his death, he deserves those things.

His assassination was not just an attack on one person, but also an attack on Lebanon itself.  The use of threats and intimidation to subvert the rule of law and silence political discourse and dissent remains unacceptable.

In the wake of Luqman’s assassination, malign actors in Lebanon have tried to weaken, discredit, and delegitimize Lebanese civil society organizations, and institutions and NGOs. But their intimidation cannot keep the bold from speaking truth to power. To those of you who carry on the legacy of Lokman Slim, your freedom of expression, and your participation in democratic society, those represent the most powerful answer to those who resort to cowardly political violence.

Now, more than ever, as we approach elections and as the Lebanese people endure compounding crises, we must all work to uphold the very principles of justice and accountability for which Luqman was working.

Today, I join the many friends of Lebanon in renewing our calls for justice, to honor Lokman’s life and his work. Today we share in the tears and the resolve that I heard expressed here.