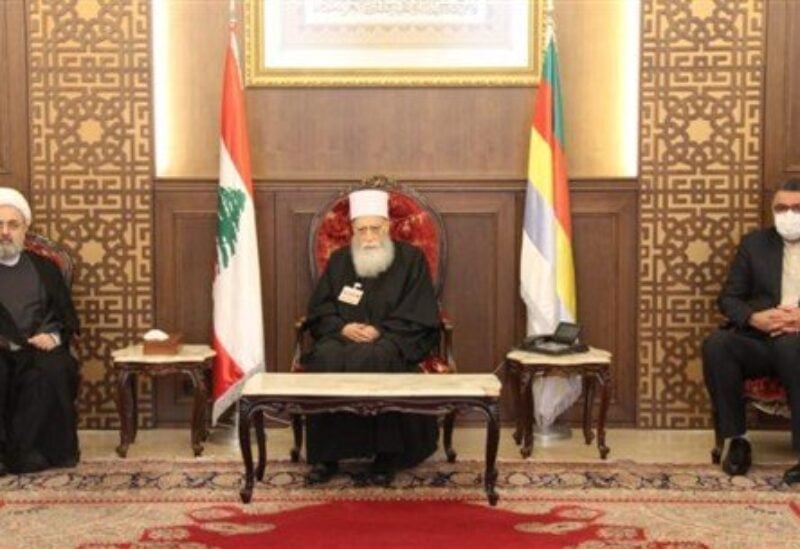 Druze Sheikh Akl, Naim Hassan, on Thursday received at the House of the Druze Community in Beirut, an Iranian delegation headed by the Secretary General of the World Forum for Proximity of Islamic Schools of Thought (WFPIST), Sheikh Hamid Shahriari, with whom he discussed the general developments.

On the other hand, Sheikh Akl received Norwegian Ambassador to Lebanon, Martin Yttervik, with the current developments topping their discussion.

Sheikh Hassan wished the Norwegian ambassador success in his new diplomatic mission in the country.