Shiite Iranian-Lebanese Mediation between Iraq’s Sadr and His Rivals 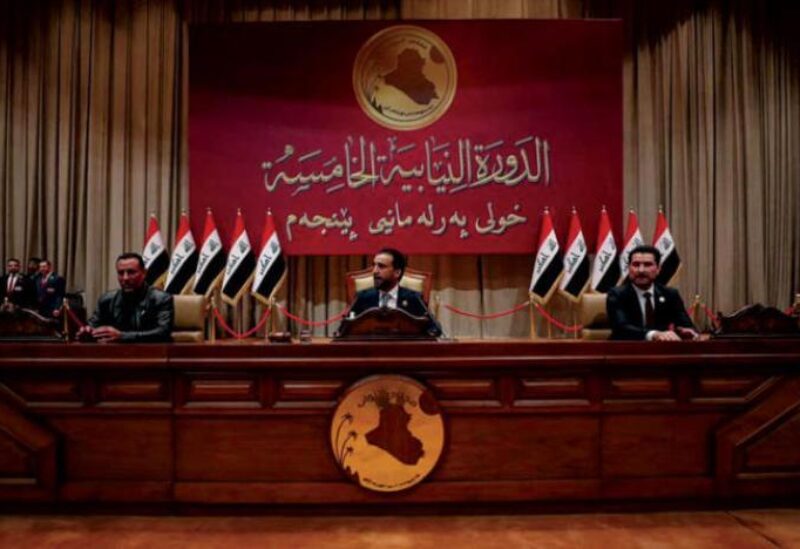 The inaugural parliamentary session in Iraq underscored the sharp divide between the Sadrist movement, led by cleric Moqtada al-Sadr, and the pro-Iran Coordination Framework.

Information from behind the scenes in Iraq revealed that influential Shiite figures, some living in Iraq and others in Iran and Lebanon, will kick off a mediation to bridge the divide between the rival Shiite camps.

These figures fear that the situation in Iraq could spiral out of control if the inter-Shiite disputes are not resolved.

The tensions could lead to violence, which could raise concerns among other groups in Iraq, most notably the Kurds.

The Kurds have long declared their commitment to the historic alliance that tied them to the Shiites and they are worried that they could end up being the first victims of any Shiite-Shiite clash, whether in parliament, the government or contested regions.

Meanwhile, the dispute over who enjoys the largest bloc in parliament continues. The Coordination Framework, which is formed of parties that lost the October parliamentary elections, alleges that it has won 88 seats and that Sadr, who actually won the polls, only has claims to 75.

The Sunnis and Kurds do not want to become embroiled in the dispute over the largest bloc, hoping that the Shiites themselves could resolve it.

The Kurds are meanwhile, divided over the position of president.

The Kurdistan Democratic Party (KDP) and the Patriotic Union of Kurdistan (PUK) are split over the reelection of President Barham Salih, with the latter in favor of the move and the former opposed to it.

Both of the parties would rather not become involved in the Shiite-Shiite dispute because they will need the Shiite vote to sway the presidential elections in their favor.

The Federal Supreme Court has since ratified the results of the elections, confirming Sadr as the winner.

Sadr therefore, has enough power to form a new majority government, which the Coordination Framework believes is an attempt to cut them out of the political scene.

As it stands, the Shiites are confronted with two options: The repeat of the 2018 scenario where no party boasts the largest bloc. Instead, a weak Shiite consensus would be reached and which the Sunnis and Kurds can join as the weakest link in the equation.

The other option is the Shiite disputes devolving into violence as many armed factions have blamed the Sunnis and Kurds for the divisions among the Shiites.