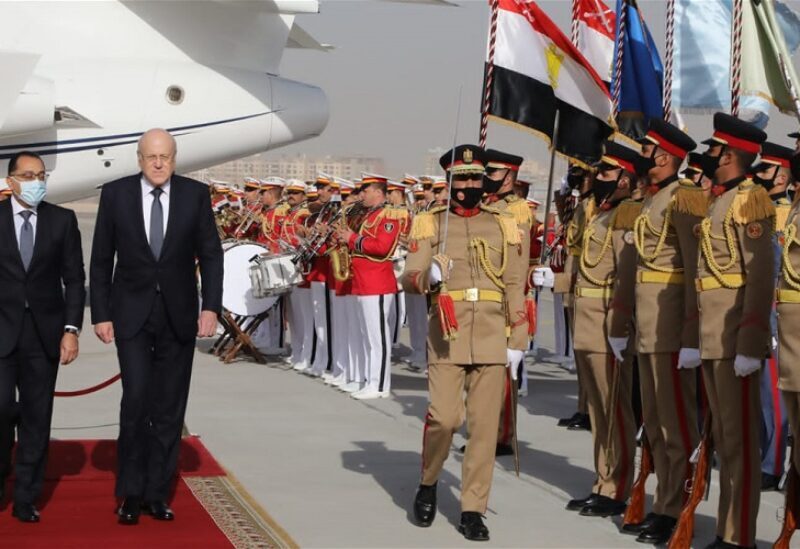 Egyptian President Abdel-Fattah El-Sisi received Prime Minister Naguib Mikati this morning at the Federal Palace in Cairo, in the presence of Egyptian Prime Minister Mostafa Madbouly, for an hour and a quarter, where the Lebanese-Egyptian relations and the situation in the region were presented.
Mikati had arrived in Cairo at the start of an official visit to Egypt, where he was received at Cairo Airport by Prime Minister Mostafa Madbouly.
An official reception ceremony was held for President Mikati, where the Lebanese national anthem and the Egyptian national anthem were played. Then the two presidents reviewed a number of ceremonies, and then moved to the government hall at Cairo Airport.
The Lebanese delegation included Lebanon’s ambassador to Egypt, Ali Al-Halabi, and Mikati’s diplomatic advisor, Ambassador Boutros Asaker, while the Egyptian delegation included Minister of Planning and Economic Development Hala Helmy Al-Saeed.