Sitrida Geagea from Bkerke: A call to “strong Lebanon” to coordinate with us in resigning  from Parliamen 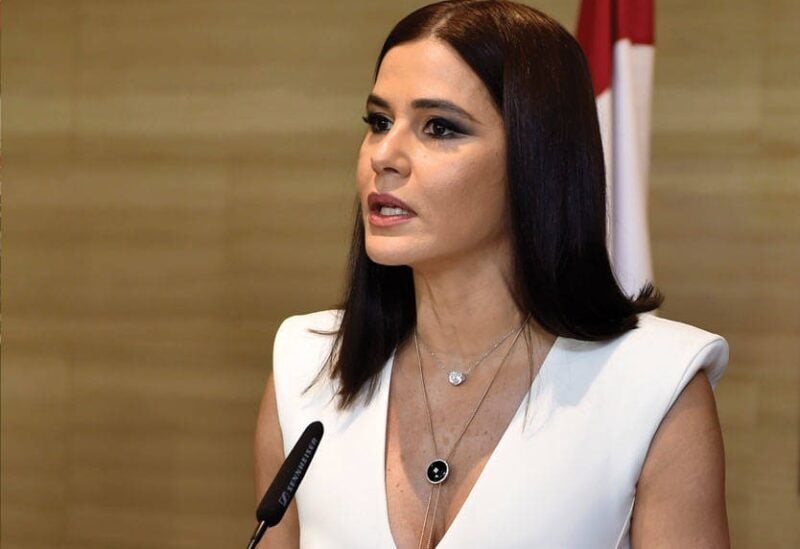 The Maronite Patriarch, Cardinal Mar Bechara Boutros Al-Rahi, received in Bkerke MP, Strida Geagea, at the head of a delegation from the “Strong Republic” bloc.

MP Geagea said after the meeting: “We return today to Bkerke, as we have never left it for a single moment, heart, soul and mind. We came to visit His Beatitude the Patriarch, Cardinal Mar Bishara Boutros, the Blessed Full Patron here in this historic national edifice because we are used to always standing behind our convictions. This edifice played, over time, basic national roles that were digging deep into Lebanese history. Indeed, more than that, it determined the course of the history of this country, and it was meant to not only preserve it, but to crystallize Lebanon as the entity, the homeland of the mission, according to Pope Saint John Paul II. Do we forget the adherence of this national edifice in the 1990s to the Taif Agreement after the end of the civil war? We met, my fellow MPs and me , His Beatitude today, and expressed to him our full support for all his efforts, on an ongoing basis, to try to save Lebanon from what it is floundering in, especially with regard to the cry he launched for the sake of liberating the state, and calling for neutrality. . This neutrality, which is the only mean to  save Lebanon, for our country is a small country located in the middle of a volatile region, and it was never wise to throw it into the fiery furnace of this region and its conflicts, which led to its complete isolation from its Arab surroundings and its international friends. The placement of Lebanon into the regional turmoil, along with rampant corruption and mismanagement of the state, contributed to the economic and living crisis that has raged in the country for two years and which burdens all Lebanese citizens regardless of their affiliations and without exception.

She added, “I would like to take this opportunity to mention that 8 months have passed since the crime of the Beirut Port bombing. Is it conceivable that local investigations has not lead to any result ?” Therefore, we reiterate that we, as the “Lebanese Forces” party, will never accept that the page of this explosion to be turned by dilution and with the passage of time, and we do not have confidence in these ongoing local investigations and this is what we have expressed from the first moment of the occurrence of this heinous crime because we realize that it will not reach to  any result. That is why we tried very hard and with all our might, and did everything possible, in order to push in the direction of an international fact-finding committee on this crime, and it will not be the last of our broad parliamentary attempts that we signed in the “strong republic” bloc and which we handed over to the office of the Secretary-General of the United Nations. United because we will continue to struggle until we reach the truth ”.

And she said, “As for the demarcation of the maritime borders, our position as a political party is behind the position of the official technical committee in the military institution in charge of this file, and in this regard it is necessary to fortify the army institution and neutralize it from all political and internal conflicts and support it financially and morally.”

She added: “We realize that there is no hope for any government formed in light of this ruling majority today, and for this reason we as“ Lebanese forces ”are not interested at all in the forming process , because even if the government is formed, it will be an exact copy of the one that preceded it, which means that The country’s conditions will not improve because real reform is not available with this ruling majority.

And she continued: “The solution is to reproduce power, in order to lift the hand of this parliamentary majority from the country after the disastrous results that it brought us, which will pave the way for the new majority to achieve the required reform, and thus rescue, and there is no way to achieve all of this except through the only practical step available, i.e, early parliamentary elections. I will take this opportunity today, from this edifice, to appeal to the “strong Lebanon” bloc to initiate coordination with us in the “strong republic” bloc in order for us all to resign from the House of Representatives, which would cause this parliament to lose its charter and thus go towards parliamentary elections. early”.