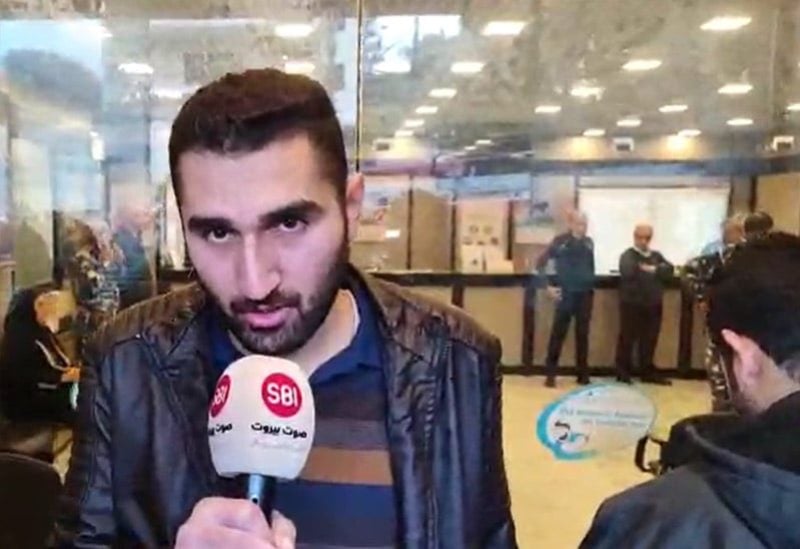 The son of the depositor, Walid Hajjar

For his part, the son of the depositor, confirmed in an interview via “Sawt Beirut International” that his family had earlier filed a complaint with the bank, because of their urgent need for their deposit, which is estimated at $242,000, to complete the treatment of his mother, whose health condition has deteriorated.

He added, “We asked the bank for part of the deposit of $25,000 to do the necessary checks for my mother, because what my father earns is enough for us to eat and drink only.”

Pointing out that his father broke into the bank today, due to the deterioration of his mother’s health, stressing that they will not leave today unless they get the full deposit.

The son of the depositor, Hajjar, revealed details of the deteriorating health condition of his mother, who could no longer bear the pain, as she suffers from lung cancer, and
“we could no longer afford the high cost of examinations in hospitals.”

Pointing out that the “Heart of Jesus Hospital” can only receive it upon payment of $15,000 fresh dollars, and currently we do not have anything to sell and pay the costs.

The depositor’s son, Hajjar, warned that “my father is very serious today, and he may at any time set fire to the bank, as he is without his life after what happened with us.”

He also held the Chairman of the Board of Directors of the Lebanese Credit Bank, Joseph Tarabay, responsible for the exposure of any person inside the bank to any danger.