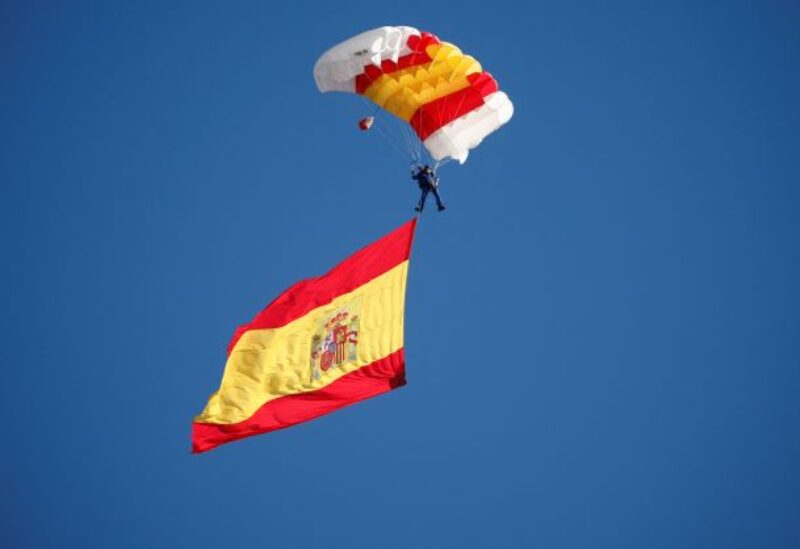 The Embassy of Spain in Lebanon organized yesterday October 12th at the Chehab Palace in Hadath the traditional reception commemorating the National Day. The gathering was attended by representatives of the political, cultural, educational, economic, religious, and social sectors in Lebanon, as well as members of the Spanish community living in the country.

This National Day, celebrated for the first time after three years of absence due to the pandemic, was held in the gardens of the Residence where the numerous guests were able to taste Spanish and Lebanese gastronomic specialties and wines in a musical atmosphere to the rhythms of both countries.

The Ambassador of Spain, Jesús SANTOS AGUADO, started his speech by thanking the presence of the representatives of the three main institutions of the country (Presidency of the Republic, Presidency of the Council of Ministers, and of the National Assembly) as well as the attendance of several ministers and other authorities.

The Ambassador appreciated the broad presence of high-level authorities from all State’s institutions at the event and has taken this opportunity to reiterate a message of friendship to Lebanon, along with our firm will to overcome the difficulties that the country is facing.

Ambassador Jesús SANTOS AGUADO encouraged Lebanese political, economic and financial leaders to work together in order to provide an appropriate response to the urgent demands of the Lebanese society and reaffirmed his conviction that, through appropriate concertation and cooperation, Lebanon will come out of the crisis.

In his speech, Ambassador Jesús SANTOS AGUADO condemned Russia’s unprovoked war of aggression in Ukraine, which has shaken the foundations of European security and global order. He also referred to the quadruple global crisis that affects all members of international society in the financial, health, food and climate fields. In this regard, he underlined the importance of coordination and concertation, the inclusion of all social sectors and the role of women and youth in building dynamic and balanced societies, capable of overcoming difficulties.

He paid tribute in particular to the work carried out by the Spanish Armed Forces within the framework of the United Nations peacekeeping mission in Lebanon (UNIFIL) and had a special mention for Corporal Pedro Serrano Arjona, who recently passed away in Marjayoun while on duty.

Finally, he had a few words of affection towards all Spaniards who live and work in Lebanon and for all Lebanese who maintain ever closer ties with Spain.