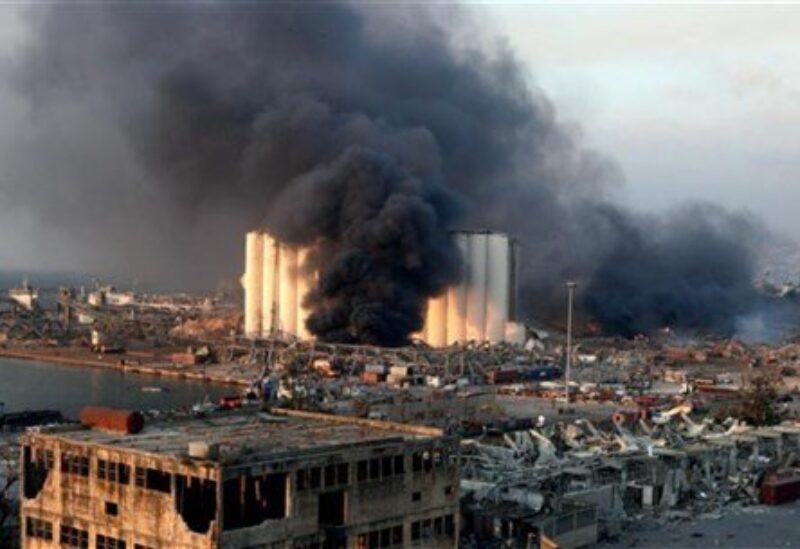 “On the road, I remembered to fill up my tank and drove straight to the nearest gas station in the capital, but upon seeing the dreadful line of cars waiting their turn, I immediately changed my mind and drove straight home,” Naji explained.

“An hour had passed, and I was still stuck in heavy traffic on the highway in Nahr El-Mot, so I thought about turning on the radio to switch up the mood. But before I even had the chance to stretch my arm toward the radio, the car shook abruptly.”

“‘It’s probably an earthquake,’ I said to myself, but then not even a minute later, a loud sound thumped and almost ruptured my eardrum.”

“It was no damn earthquake,” he said, his voice full of despair, “I recognized that sound very well. Anyone who’s been through the bloody wars my generation has would recognize it. I thought I had left the past behind, but it apparently came back to haunt me.”

“It wasn’t until I reached home that I learned that Beirut port exploded. There are many ways I could’ve handled that situation,” he said with a slight smirk.

“I could’ve been full of rage over the fact that the port, the place where my father, brothers and I have spent a lifetime serving, just to put food on our tables, has been wiped off the face of the Earth. I could’ve also cursed the 30 years of my life paying for trucks, because I had parked almost all of them at the port and there’s almost nothing left of them. I could’ve even regretted the day I turned down an opportunity to start a new life in Greece, miles away from this godforsaken country.”

“But I didn’t do any of those,” he said, his voice caught in his throat, “all I did was thank the heavens I decided to drive past that gas station, cause if I hadn’t, I would be buried beneath the debris by now and wouldn’t have had the chance to see my wife, kids and brothers again, who had thankfully left the port hours before I did.”

It’s a tough pill to swallow knowing that the most trivial decisions, even one as thoughtless as deciding whether or not to stop at a gas station, could either spare your life or lead you straight to death. Perhaps that’s what makes it easier for all of us. We never have to worry about every minor detail in our lives, because in the end, we’re not in control of anything. However, we can control the way we react to events, so instead of wasting these precious hours racking your brain about what could’ve gone wrong, be grateful for what went right.

So go tell your family you love them, hug that annoying neighbor who keeps blocking your parking spot, call an old friend and check up on them, help the homeless person you always ignore. But more importantly, help Beirut, because now, all they have left is you.