Sputnik manufacturing contract in Lebanon to be signed next month 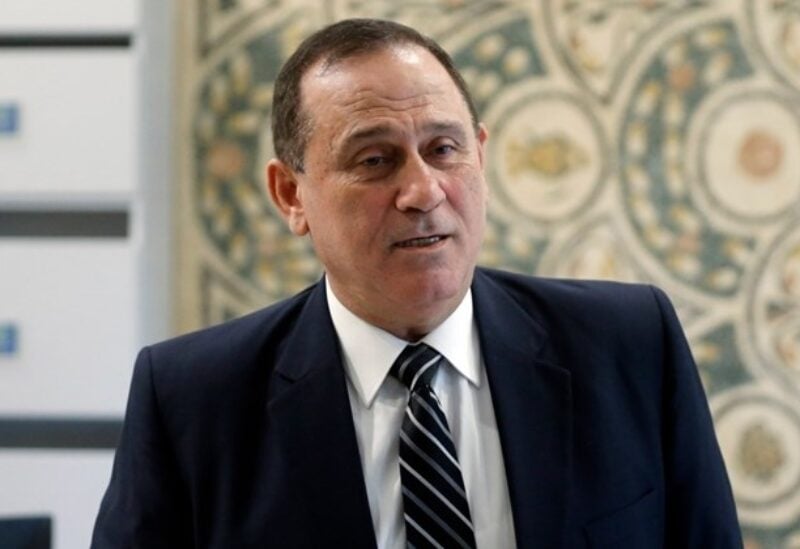 After the meeting, Minister Hoballah announced that “During the second week of next month, a contract will be signed to produce Sputnik vaccine in Lebanon, through “Arwan” Pharmaceutical Company”.

In addition, the Industry Minister emphasized that “Through this contract, between 30 and 60 million vaccines will be annually produced, with high capabilities and efficiencies, provided that the company begins to manufacture the vaccine as soon as the imported raw materials are imported from Russia”.

The cement production crisis, the issue of exporting Lebanese industries to KSA, and the steps which must be taken to address these two issues, were also discussed in the meeting.

After the meeting, Minister Hobballah made the following statement:

“I was honored to meet His Excellency, President Michel Aoun. We addressed some issues of interest to the Lebanese people, especially regarding Lebanese industry.

We briefed the President on positive news in the industrial field, and other news related to some difficulties which we hope we will soon overcome, especially regarding the closure of some cement factories. Concerning this issue, we had our contacts with the President and Prime Minister, and we hope that matters will be resolved by granting the opportunity for factories to open quarries, provided that these factories abide by what the Council of Ministers and Ministers promised.

Cement prices have been agreed upon and soon we will be able to announce these prices, when quarries are opened. We affirm that this problem is not a problem of the Industry Ministry, rather we are taking this problem upon our shoulders to help reach a solution. We also tackled the issue of Lebanese exports to KSA, where we completely agreed with His Excellency on all necessary steps which Lebanon must take. We, as a Lebanese government, are committed to implementing all what is required to secure the export of Lebanese industries to KSA and Gulf states, with full supervision, and with focusing on using scanners of course.

The possibility of sending a Lebanese delegation to visit KSA was deliberated, and we announced readiness to take this step. We also hope our brothers in KSA will follow-up their response regarding Lebanese agricultural and industrial exports.

Concerning the positive news, I would like to inform you, in the presence of Mr. Abdul Razzaq Youssef and Dr. Rouweida Daham, from the “Arwan” Pharmaceutical Industries Company, that during the second week of next month a contract will be signed to manufacture the Sputnik Vaccine in Lebanon, through “Arwan” Company. We thank “Arwan” for its enthusiasm, the efficiency it has and its effort to reach this result. We have asked the President for his support for this project, and of course he was one of our supporters since the first launch. President Aoun and PM Diab expressed their willingness to do all that is necessary to facilitate this process.

We look forward to the day of signing this agreement, and God Willing, it will be a good sign, as the company will annually produce between 30 and 60 million vaccines, with high capabilities and competencies.

In addition, I would like to congratulate the Lebanese industry for all what it offered, especially during Corona lockdown period. I would also like to congratulate “Arwan” Company, its board of directors, its workers and its employees for this achievement, which we hope will be soon achieved without any obstacles. Finally, I congratulate Prof. Youssef and Dr. Daham for their efforts to achieve this project, and the Industry Ministry will provide all the support for its success”.

Question: When will the actual manufacture of vaccines begin?

Answer (Mr. Abdul Razzaq Youssef): “We thank His Excellency the President for his unlimited support and also the Premier. God willing, within a period not exceeding two months, we will start production and manufacture, and that depends on the date of receipt of raw material from Russia, since this product is manufactured based on raw materials which are imported from Russia. We promise that all will be good, and God willing we will give you good news two weeks from now”.

Question: What about solving the problem of cement, and balance in prices?

Answer (Minister Hobballah): “I would like to assert that we previously said that we will control exports, and it has been controlled. We said that we will allow import, and we opened import and issued licenses for that. As for prices, it was agreed with companies and concerned ministries, on a price which is considered excellent for local industry. We hope that this issue will be resolved soon, especially since people are in deep need of this issue, at the present time”.

The President also met Chairman of the Constitutional Council, Judge Tannous Meshleb, and deliberated with him the work of the Council in light of the vacancy after the death of three members.

Legal and constitutional issues were also tackled in the meeting.– Presidency Press Office