Tarchichi says to SBI: “We hope that the positive atmosphere between Lebanon, Gulf will help lifting export ban” 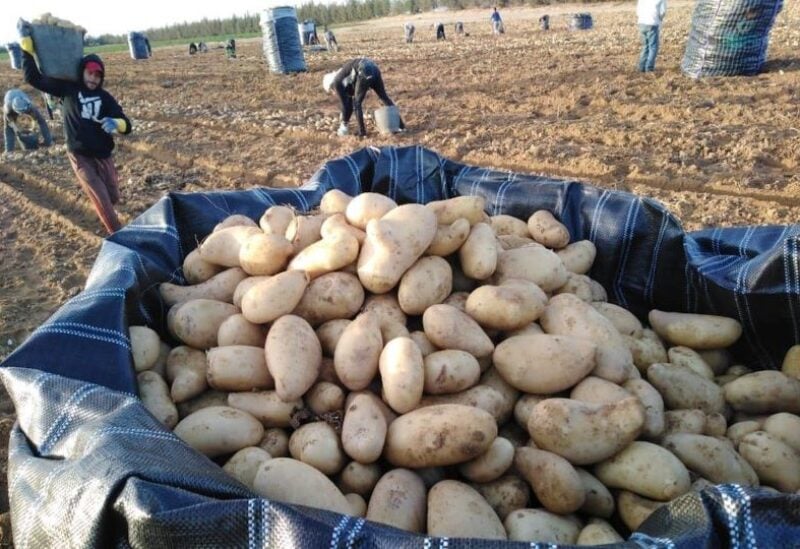 The sequential crises that Lebanon is going through, from inflation to financial meltdown and concerns about food security due to the Ukrainian war, have highlighted the importance of the agricultural sector to achieve self-sufficiency and introduce hard currency into the country. But this cannot be achieved amid Saudi Arabia’s export ban for Lebanese agricultural products.

The agricultural sector appears to be the victim of a natural conspiracy as well, with storms hampering farmers’ work, delaying the potato season and raising the prices of some types of vegetables.

Farmers said that the cost of agricultural production has increased by 300 percent compared to last year, said Omar Hayek, head of Association of Potato Farmers in Akkar to Sawt Beirut International (SBI). The prices of fertilizers, seeds and pesticides have risen in global markets. In addition to this is the cost of fuel for cultivating the land, irrigation, spraying, transporting the crops, which now constitutes 35 percent of the production cost, according to Ibrahim Tarchichi, head of the Farmers’ Association in Bekaa.

Tarchichi pointed out that this year will be more difficult for farmers, especially that successive storms and lower temperatures than their seasonal rates have unexpectedly affected the seasons of tomatoes, cucumbers, cowpeas and others, and raised their prices. These storms also affected the potato season, which was delayed this year. It is noteworthy that Lebanon produces about 350,000 tons of potatoes annually, and consumes about 100,000 tons locally, while the rest are exported to some Arab Gulf countries and Europe. Lebanon imports about 50,000 tons of potatoes from Egypt during February and March, and the deadline for imports expires on March 31 to protect local production.

Hayek said that imports should be better regulated in order to preserve the interests of Lebanese farmers, considering that importing potatoes is not in the interest of the consumer, and that the cost of import is higher than the local production, while the local quality is comparable to that of the imported one.

Despite Lebanon’s decision to ban the export of some food products in order to preserve food security in light of the open Ukrainian crisis, Tarchichi pointed out that the ban decision did not affect farmers negatively, as export permits are given to agricultural products that exceed local consumption. However, he considered that farmers are suffering from the closure of the Saudi market and the ban on transit for Lebanese products. He said that these decisions have impacted the Lebanese farmers, who have long relations in the Saudi market, severely. He added, “We hope that the positive atmosphere between Lebanon and the Gulf states will help lift the export ban and reopen this market for Lebanese farmers as a first step.” Currently, farmers are forced to export by sea due to the inability to export by land, which doubles the time it takes for goods to reach the Gulf markets and affects the quality of the exported products.