Tarshishi to SBI: Farmers recording huge losses due to Saudi’s ban, “no alternative for Saudi market” 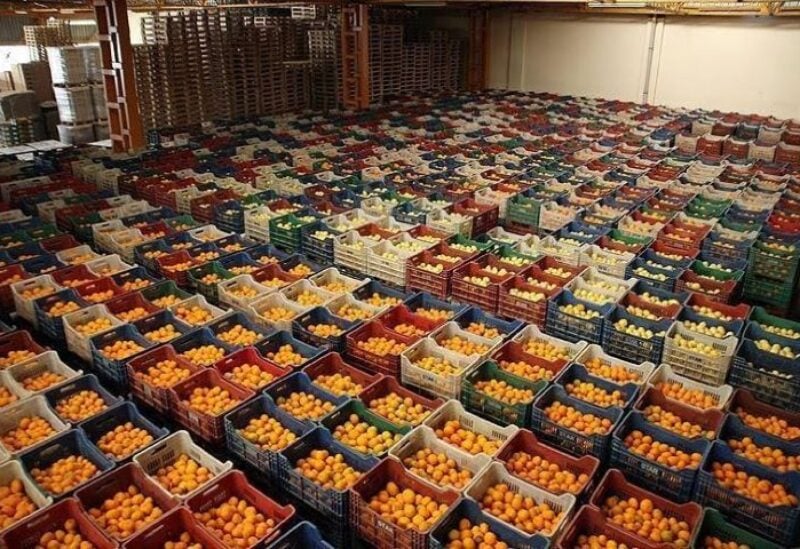 Two months after Saudi Arabia’s decision that prohibited the entrance of agricultural products originating or transiting through Lebanon, and transporting them through its territory, are there any solutions looming in the horizon? How are farmers marketing the surplus of agricultural production? Did farmers and exporters find an alternative to the Saudi market?

The Head of Bekaa Farmers Association Ibrahim Tarshishi told Sawt Beirut International (SBI) that there isn’t any sign of hope to resolve the crisis in the near future, despite all efforts made by the state to combat drug smuggling through prosecuting Captagon factories, and drug traders. However, there isn’t any progress in this file, and no attempts to reopen the Saudi borders for agricultural exports. He added: “This is really unfair and damaging the farmers’ reputation, who were keen to build over the past years. ”

No alternatives to the Kingdom

Farmers didn’t find so far temporary alternative markets to distribute the surplus of production. He said: “We do not want to find an alternative for the Saudi market, our relationship with Saudi’s goes for more than 50 years, especially that our local produce is favored more than products from other regions.” Saudi Arabia is one of the most prominent traditional markets that attract half of the agricultural exports annually, which reached $77 million last year, according to Lebanese customs.

The products that used to pass through Saudi Arabia to other Gulf countries, are now exported through the sea or air. Exports to Egypt have also doubled this year, especially that local products become more competitive, and prices witnessed a drop compared to previous years. “After devaluation, Egypt turned into a promising market for our produce,” he said.

Exports to Iraq, which used to top the list of exporters in previous years, are witnessing several obstacles. According to Tarshishi, Syrians have imposed previously transit tax worth $1,500, and Lebanese officials have not taken any initiative to negotiate with the Syrians under the pretext of refusing dialogue with the Syrian government due to fears of sanctions and Caesar law. Tarshishi said that due to this reality, farmers were bearing the cost, and paying taxes on each container passing through the Syrian borders to Jordan. “Taxes are imposed on Lebanese trucks only, excluding all other containers,” he said. These taxes have raised the cost of shipment to Iraq to $3,500.”

The second obstacle is that the Lebanese trucks are subject to inspection on the Jordanian border in this season mainly. The process, which takes up to ten days, causes harmful damages for the agricultural products. “Jordan adopts this scheme every year in the summer season, in order to facilitate the export of its agricultural products at the expense of Lebanese products,” Tarshishi said.

Lebanon produces large quantities of potatoes, apples, grapes, citrus and bananas, that exceed the domestic consumption, “that’s why export is an urgent need for the sector to survive,” according to Tarshishi. Potato production hems around 350,000 tons per year, while local consumption does not exceed 100,000 tons, and the production of apples is 100,000 tons, of which 30 percent are consumed locally. But the lands allocated for potato cultivation this year were 25 percent less than last year, that’s why production fell by 40 percent, according to the Tarshishi.

Potatoes are still exported through the sea to traditional markets with higher prices because it increased globally. “That’s why farmers were able to preserve potato prices, unlike other agricultural products,” he said. However, many products were damaged severely, such as onion, watermelon, and lettuce as its prices fell to record ratios compared to its cost, for instance, the price of onion fell to 1,000 LBP  while its cost exceeds 2500 lira. “Large quantities of these products are being spoiled and utilized as animal feed.

Fruits were affected at a slower pace, because production this year has already dropped by 20 percent compared to the previous year, and barely meets the local market needs. Tarshishi said that fruit exports, such as peach, cherries and prunes are exported mainly to Egypt.

Supporting farmers is a must

Tarshishi stressed the difficulty of reducing the cost of agricultural production to meet the citizen’s purchasing power. The only solution to reduce product prices, according to Tarshishi, is supporting the agricultural sector, by keeping subsidies on seeds and pesticides, but by adopting an organized process, different from the once adopted previously, where some farmers were supported at the expense of others. “Likewise, fuel, medicine, and food, some traders monopolized the subsidized seeds and pesticides, and stored it in order to sell it in high prices after lifting subsidies,” he said.