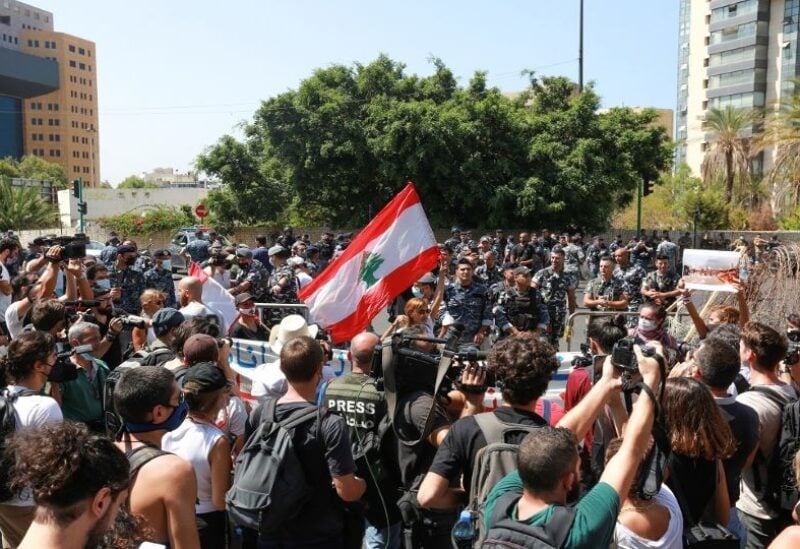 Protests in front of Mikati's house

Members from the Depositors Association rallied to the house of Prime Minister Najib Mikati, where a dispute occurred between the protesters and the Security Forces responsible for protecting Mikati’s house, and led to injuring one of the demonstrators.

The march had started from Downtown Beirut, where protesters blocked the road in front of “An-Nahar” building, and near Biel.

During the demonstration, the head of the association Alaa Khorshid made a speech in which he demanded “the authority to recover the depositors’ money that was looted.”

Khorshid affirmed that they will continue to defend their rights, because the judiciary will not consider their just demands,” considering that “the responsibility lies among the three presidents and the Central Bank Governor Riad Salameh, because the salaries of ministers, deputies, and all public sector employees and military institutions are paid from the depositors’ money.”