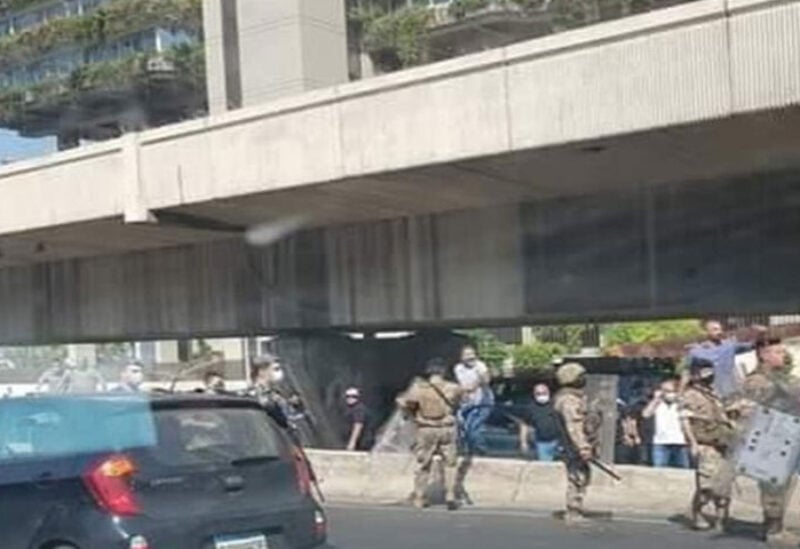 Tensions have renewed between locals and Syrians on the western route of Yasouh Al Malak highway, after the clashes that happened in the morning, between protesters from the region and passengers of Syrian buses.

Youths threw stones at the Syrian buses, which broke the buses’ windows and injured a number of people. Army units are working to separate the locals and Syrians.

Several clashes occurred today in different regions, as several buses and cars carrying Syrians holding Syrian flags, as well as the Syrian National Party flags, and pictures for the Head of the Syrian Regime, headed towards Syrian embassy in Yarze to vote.

Several regions witnessed on Thursday movements for Syrian refugee activists to urge Syrian refugees to to participate in the Syrian presidential elections and vote in the embassy.

A number of cars were smashed and clashed as a result of the conflict. The motorcade went on its way to Yarzeh after an army force intervened and worked to fix the problem and open the highway; however, the problem created a traffic jam on the road.

Some Lebanese politicians and citizens are calling for the expulsion of all Syrian refugees who back Bashar al-Assad, the Syrian regime’s President, as long as they cheer for him and vote for him.