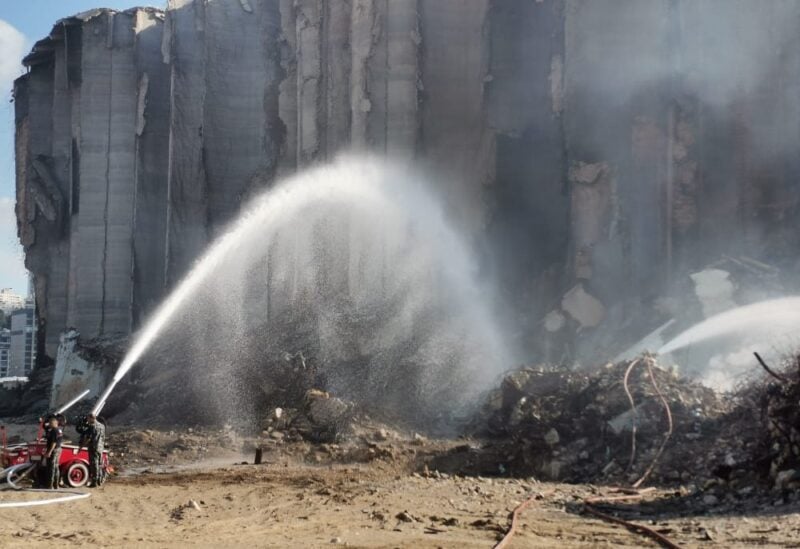 Cooling process at the port of Beirut

This morning, Tuesday, August 23, 2022, the northern part of the grain silos collapsed in the port of Beirut as a result of the fire that lasted for weeks and caused the gradual collapse of the silos.

The fire started weeks ago, and on June 31, two silos fell due to the fire and the fermentation of wheat.

The degree of bending increased on the northern side of the silos, which caused parts of them to fall.