The historical railway, which turned Lebanon into a center of attraction during the Ottoman period, was abandoned 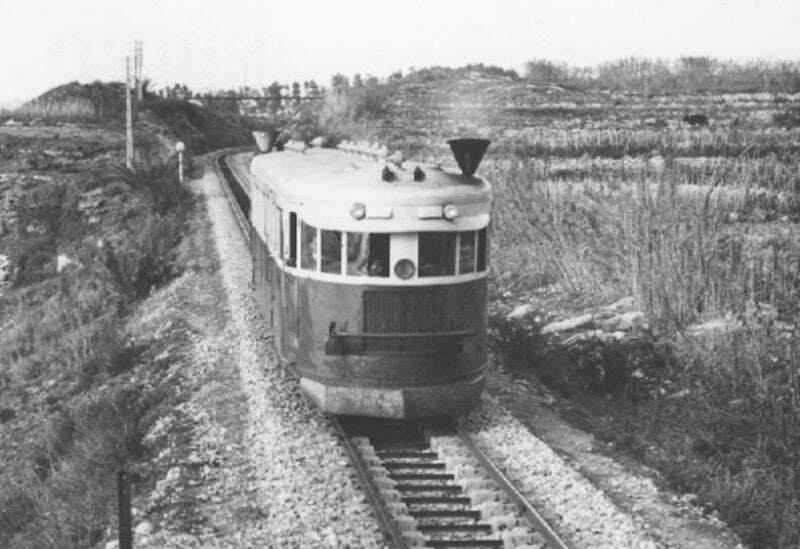 Lebanese Railways was built within the scope of the Hicaz Railway project, which aimed to connect Istanbul to Medina by rail during the reign of Sultan Abdulhamid II .

The railway network, which was established 125 years ago as a project of the Ottoman Empire, earned Lebanon the title of “Gate of the East”, which it turned into the most important center of the region in economy and trade .

It is stated that the first train on the said line departed from Beirut Port on 4 August 1895.The Ottoman-made historical Lebanon Railways network was used in public transportation by connecting many regions in the country until the 15-year civil war period between 1975-1990.

The railway network, which has been idle for decades due to the political instability in the country and the damage to the infrastructure as a result of Israel’s attacks, has been abandoned to its fate despite the greater need for public transportation in the current economic crisis.

The network of railways stretching more than 400 kilometers from the north to the south and from Beirut to the east awaits decisive steps to be taken to return to its old days after 125 years.

Carlos Nefa, the President of the Train and Train Association, which was established to reactivate the railways project in Lebanon, told Anadolu Agency (AA): “Thanks to the train, Beirut Port became a gateway to the east 125 years ago. we went into social isolation. ” said.

Saying that tourists from the surrounding countries flocked to Lebanon by trains at that time, Nefa said, “Tourists especially enjoyed the Beirut-Damascus trips. For this reason, tourism was revived in many cities and towns on the railway route.” he spoke.

“Today everything has disappeared. As long as the train stops, prosperity will not come back. In the shadow of the current economic crisis, it is inevitable that there will be a vision that will restart the inner lines of the railways in Lebanon and connect Lebanon to the world for prosperity.”

“We need a common transportation system today as it was in the past. For example, the train is a low-cost public transport vehicle that connects many regions.” said.

Stating that the need of the people to use trains has become more compulsory during the difficult economic and financial period of the country, Farac said that the railroad will also reduce the traffic density and the rate of traffic accidents.

Explaining that the first public transportation project in Lebanon was the Beirut Tramway, which was started in 1892, Farac said, “Hospitals, universities and cities were built on the Beirut Tram route.” used the expressions.

Farac reminded that the electric Beirut Tram line, which was the subject of songs in Lebanon, has been out of service since 1964.

“It is not impossible for the train to come back in Lebanon,” said Ziyad Nasr, Managing Director of the Lebanese Railway and Common Transport Authority. said.

Stating that they are ready to work on the re-activation of some railway lines in the country, Nasr said, “Finally, a comprehensive work has been done to revive the railway line that will extend from the capital Beirut to Tripoli in the north and from there to the Syrian border.” used the expressions.

Pointing out that the said railway line work includes passenger and freight transportation, Nasr stated that there is a financing problem due to the economic situation in the country and that a financial resource from Arab countries in the Gulf is needed.

Underlining that the railways are an issue that should be approached seriously for Lebanon, Nasr called on the government to take this into the agenda .Anadolu.