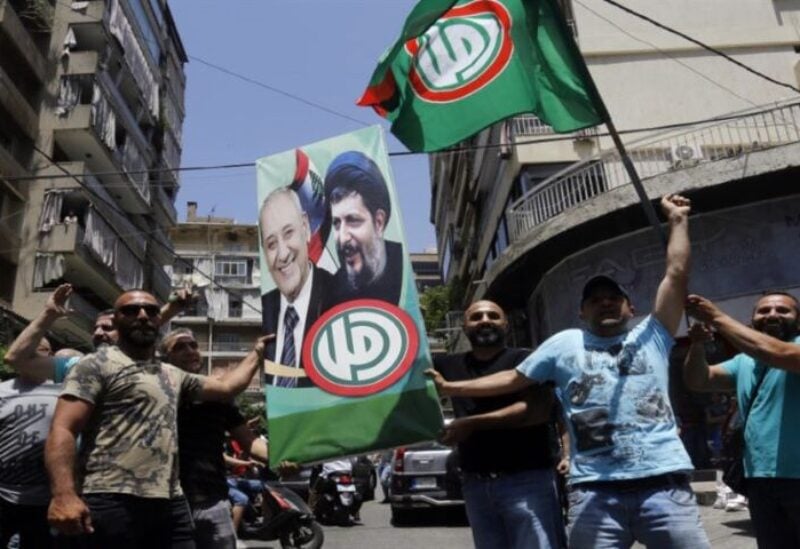 Gareth Browne wrote in the The National:

Lebanon’s Amal party is planning to run a candidate as a US-designated terrorist financier in the country’s upcoming parliamentary elections.

According to sources within the party, the agreement, brokered by Amal leader Nabih Berri’s wife Randa, means Kassem Hejeij will run on the party’s list in exchange for him significantly funding the party’s election campaign.

Hejeij was sanctioned by the US Treasury in 2015 for assisting Hezbollah in moving money.

Parts of the Amal movement have been outraged by the move, particularly Abdallah Berri, a son from Nabih Berri’s first marriage who has been tipped as a successor to his 83-year-old father, who has served as Speaker of Lebanon’s Parliament since 1992.

According to Amal sources, there was little love lost between Abdallah and his step-mother Randa, who is Nabih Berri’s second wife, and that this was done in part to sideline Abdallah.

According to The National, he is still trying to persuade his father to let him run in the March elections.

Hejeij is expected to run for a seat in Bint Jbeil in southern Lebanon, an Amal stronghold where the party can be confident of victory.

The US Office of Foreign Assets Control sanctioned Hejeij in 2015 on the grounds that he “aided Hezbollah in opening bank accounts in Lebanon and provided credit to Hezbollah procurement companies.”

Hejeij was also accused of “investing in infrastructure used by Hezbollah in both Lebanon and Iraq.”

He had previously served as chairman of the Middle East and Africa Bank, but stepped down following the US move. His son, Ali, took over and still runs the bank today. According to an Amal source, his father still has an office at the bank and travels there almost every day for work.

He denied any affiliation with Hezbollah at the time. He unsuccessfully challenged the designation in US courts last year.

He most recently served as mayor of Deir Antar, a village in southern Lebanon, though he resigned from that position last week for personal reasons.

Lina Khatib, director of the Middle East and North Africa programme at the Chatham House think tank, believes that US leniency is likely encouraging Lebanon’s established parties to run candidates sanctioned without fear of repercussions.

“Being on the US sanctions list has not hampered the political careers of designated figures like Gebran Bassil,” she said, referring to the Free Patriotic Movement’s leader.

“This opens the door for Amal or another party to feel confident in fielding [Office of Foreign Assets Control]-designated individuals as electoral candidates, especially at a time when American behavior suggests a degree of pragmatic leniency regarding the interpretation and implementation of sanctions in the Levant context.”

Hejeij could not be reached for comment right away.