The Revolutionist:” Our confrontation is open.” 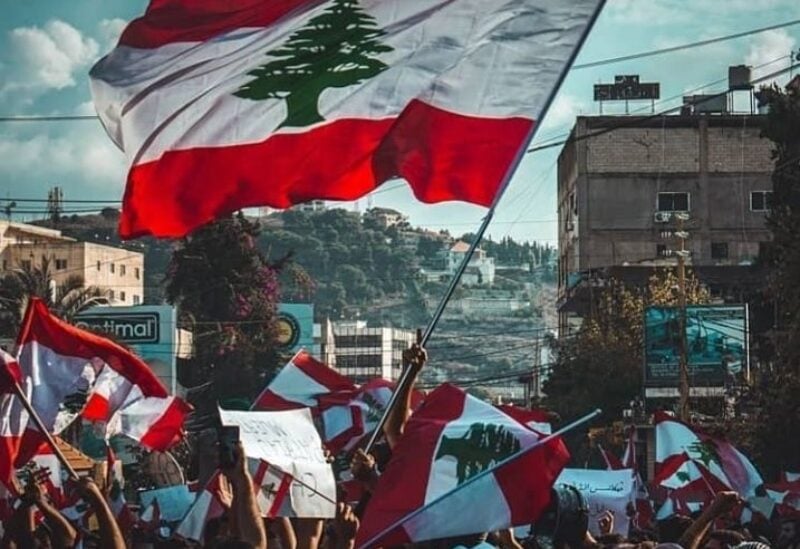 Groups from the October 17 Revolution, namely: The Popular Observatory for Fighting Corruption, the Revolutionary Meeting in the Bekaa, Lebanon Rises, Youth for Tripoli, Zgharta Zawiya, Beirut Revolutionaries, Free Trade Unionists and Zahle Uprising condemned in a joint statement, “The decision issued yesterday by the Permanent Military Court against civilians, and accusing the revolutionaries with the crimes of forming terrorist gangs, using explosives and robbery, ”considering that“ the terrorists are the junta that bankrupted the country and starved the people and destroyed the capital with the explosion of the port and killed the Lebanese once with neglect and at times with rudeness. ”

It declared, “It is an open confrontation with the system of corruption, and we have no third option for. Either the popular will triumphs or the will of the system triumphs, and all the moral, human and national facts prove that victory in the end will be the will of the people”. Stressing, “Our confrontation is open because we will not leave the revolutionaries in the prisons of injustice,   the law and the street will rule between us.”

Lawyer Jad Tohme, coordinator of the Legal Committee at the “Popular Observatory for Fighting Corruption”, said: “The developments came against the background of the Military Investigation Judge’s request from the Military Prosecution to correct its claim, which includes wrong legal articles against the protesters arrested as a result of the events of the Al-Nour Square demonstrations in Tripoli, so that the correction will come, including the prosecution against them ,with regard to terrorist crimes, which are the articles that have been charged against the accused in the Nahr Al-Bared case and other security incidents that are no less dangerous. ” asking the Lebanese people :“ Can a reasonable person accept that the revolutionaries are equalized as a result of the exorbitant high prices and those who continued By demonstrating for days, despite their anger, peacefully and the fall of martyrs in their ranks, to Shaker al-Absi and his companions who fled and escaped with impunity, knowing that a statement had been issued by the General Directorate of the Internal Security Forces arresting five of them, that the demonstrators had nothing to do with the sabotage.”

He added: “Among those arrested were minors as well as young men, who did not admit, according to the team of lawyers who are following the case, that they committed any sabotage, and what is happening can only be explained as part of attempts to intimidate, suppress and silence people by force.” He called on the Public Prosecutor to “intervene as he did previous times in order to put an end to the subsequent abuse of the image of the public prosecution in the minds of citizens throughout the nation and to deal with the cries of painful people throughout the country with wisdom.