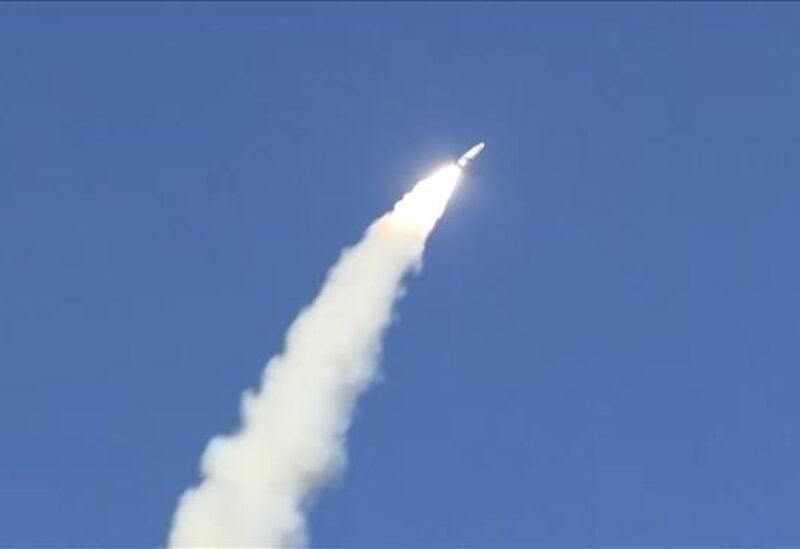 The Israeli military said 3 rockets were launched from Lebanon toward northern Israel on Thursday but landed in the Mediterranean Sea, inflicting no damage or casualties.

The rockets were fired from the Qlaileh region, south of Tyre, a city in southern Lebanon, a Lebanese security source reported.

In a Twitter post, the Israeli Defense Forces (IDF) confirmed that 3 rockets were fired from Lebanon into the Mediterranean Sea off the coast of northern Israel.

The IDF gave no details of who fired them. But two sources close to Israel’s arch-enemy Hezbollah told the AFP the Lebanese Shi’ite group had no link to the incident.

“A short while ago, three rockets were fired from Lebanon into the Mediterranean Sea off the coast of the Galilee,” Israel’s army said in a statement. “According to protocol no sirens were sounded”.

Israel and Palestinian militants in the Gaza Strip have been trading fire this week in their worst hostilities for years.

The rocket firing threatened to open a new front in the escalating fighting between Israel and the militant Palestinian Hamas group in Gaza.

Israel fought a 2006 war against Hezbollah militants, who have sway in southern Lebanon and advanced rockets. Since then, the border has been mostly quiet.

A witness in the northern Israeli port city of Haifa noted that she heard 2 blasts shortly before the rocket salvo was reported.

No sirens warned of the launch, something the military said was “according to protocol” – an allusion to Israeli air defenses that ignore rockets set to hit unpopulated locations.