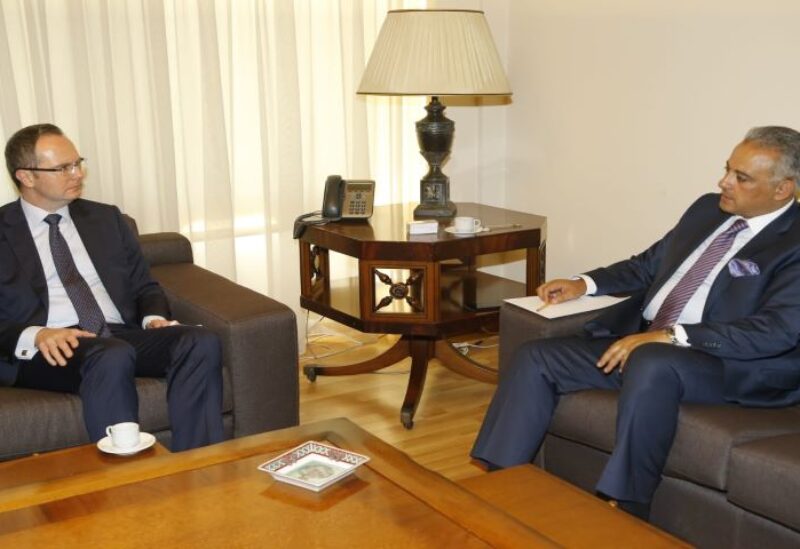 Minister of Culture, Muhammad Wissam Al-Murtada, received this Wednesday the Turkish ambassador to Lebanon, Ali Baris Ulusoy, on a courtesy visit during which he offered, on behalf of the Turkish state and its people, condolences on the victims who fell in last Thursday’s incidents, and once again expressed his country’s official position calling for “restraint and blocking the path to sedition attempts.”

The minister and his guest reviewed the overall political and economic situation, and tackled cultural affairs, agreeing on “the necessity of activating the government’s work after Lebanon overcomes its current impasse.”

Ulusoy expressed the Turkish state’s readiness to “help Lebanon in all fields,” noting that “the Turkish state’s aid is unconditional and stems from the ties of brotherhood and friendship. Turkey has no hidden agenda, unlike what’s being rumored.”

He said: “The Lebanese people and government can count on Turkey’s support and consider it a brother or a friend that is ready to do everything in its power to assist Lebanon and its people.”