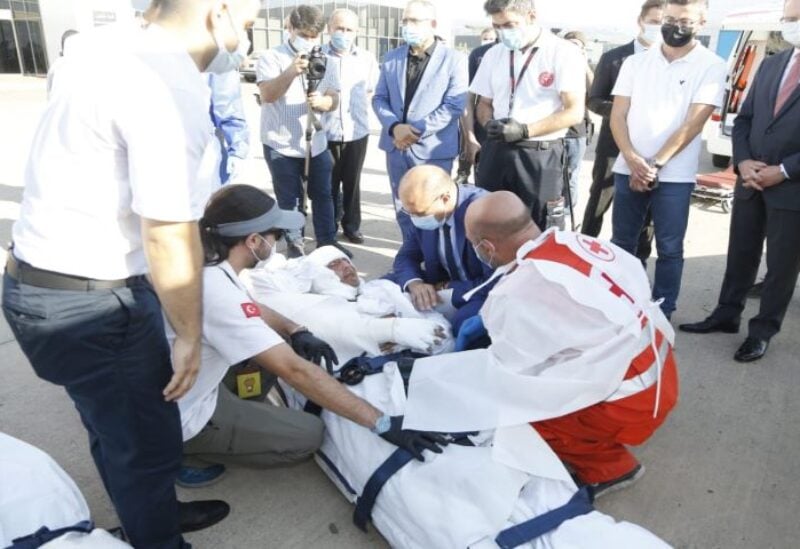 This Wednesday afternoon, a Turkish ambulance that landed at Rafic Hariri International Airport in Beirut evacuated a number of people who were injured in the Tleil fuel explosion. The evacuation was overseen by caretaker Minister of Health Hamad Hassan and Turkish ambassador Ali Baris Ulusoy.