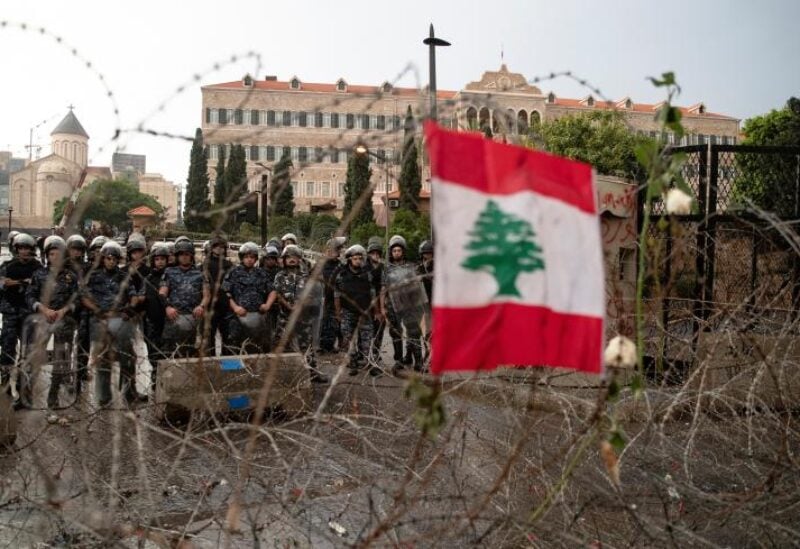 The State Department said: “In this virtual conference, the delegations highlighted the strength of the U.S.-LAF partnership and discussed ways to deepen security cooperation.”

The State Department said the delegations tackled the deteriorating economic, humanitarian and political conditions which are taking their toll on the Lebanese people and military. “The U.S. Department of State renewed its commitment to the LAF by announcing $120 million in Foreign Military Financing (FMF) assistance to Lebanon for fiscal year 2021, subject to Congressional notification procedures, representing a $15 million increase over prior-year levels.”

Talks also revolved around ways Washington could provide more aid to the Lebanese military institution “as it grapples with the economic crises in Lebanon.”

Decades-old corruption and mismanagement of public funds, coupled with clientelism and sectarianism, have led to unprecedented economic and social crises in Lebanon.

The whole country was rocked by anti-government demonstrations in 2019, forcing the government to step down. The political elite was then unable to agree on a new cabinet after Hassan Diab resigned following the massive Beirut explosion in August 2020.

In the meantime, the Lebanese army, which is considered one of the pillars of stability in the country, has been reeling from a lack of morale due to the severe devaluation of the local currency.

The United States, the biggest supporter of the army, is now mulling ways to boost assistance.

“Earlier this month, for instance, the U.S. Department of Defense notified Lebanon of the planned transfer of three Protector-class patrol boats to the Lebanese Navy, which, upon delivery in 2022, will enhance the Lebanese Navy’s ability to counter external and regional threats, and protect freedom of navigation and commerce in the maritime domain,” the State Department said on Friday.

The Logistic Brigade and the Lebanese Army’s Materiel Directorate have as well received a quantity of ammunition through Beirut Port, as a donation from US authorities within the framework of the military aid program for the Army, in the presence of the Deputy Chief of Staff for Equipment, Brigadier General Ziad Nasr, on behalf of the Armed Forces Commander General Joseph Aoun, and the American Ambassador to Lebanon Mrs. Dorothy Shea, in addition to several officers.